☼ Delighted to be involved in the Publication Day Push ☼

Marriage...
To the highest bidder Lady Lydia Barton cannot seem to avoid Owen Wolfe since he returned after being wrongly transported for stealing her family’s jewels! But Lydia has more pressing problems like her impending arranged marriage. Until Owen makes her father a counteroffer for her hand. Is Owen purely after her society connections? Or does Lydia dare hope that the charming stable boy she once loved is still within her ruthless, wealthy new husband.
What did I think about it..
In order to save her family from financial ruin, Lady Lydia Barton is offered, by her unscrupulous father, to the richest bidder, but by no stretch of the imagination is this going to be a joyous family occasion. However, at the last minute, another proposal of marriage comes from the one person who Lydia has been at pains to avoid. Handsome and charismatic, Owen Wolfe has a chequered history with Lydia's family and it is this connection which runs like a thread throughout the story. As the story unfolds we start to understand the reason behind Lydia's reticence with Owen and although, due to their shared past, their relationship is never going to be straightforward, there's a real sense of the righting of old wrongs, even though, as we find during the course of the story, this isn't going to be achieved easily.
Throughout The Scoundrel's Bartered Bride there's a real sense of romance, and from the very start, Lydia and Owen's tumultuous relationship adds a bit of fire, along with a sizzling amount of sexual chemistry, which sparkles between them. However, it's not all plain sailing and there are some dreadful moments for Lydia, especially concerning her family, who are a constant source of annoyance but I especially liked Owen's back story, and wanted everything to work out for him, that he is gloriously handsome into the mix, helps a lot too!
Delightfully engaging, The Scoundrel's Bartered Bride has everything needed for a touching romance - a feisty heroine and a handsome hero, great peripheral characters who you both love and loathe in equal measure, and a convoluted mystery which keeps you guessing until the end.
About the Author 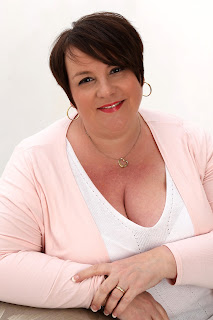 When Virginia Heath was a little girl it took her ages to fall asleep, so she made up stories in her head to help pass the time while she was staring at the ceiling. As she got older, the stories became more complicated, sometimes taking weeks to get to the happy ending. Then one day, she decided to embrace the insomnia and start writing them down. Despite that, it still takes her forever to fall asleep.
Facebook
Twitter @VirginiaHeath_
Website
Amazon UK
Giveaway to win x 2 e-copies of The Scoundrel's Bartered Bride
(Open Int)
Please enter using the Rafflecopter link below.
Enter Here
The winner will be selected at random via Rafflecopter from all valid entries and will be notified by Twitter and/or email. If no response is received within 7 days then Rachel’s Random Resources reserves the right to select an alternative winner. Open to all entrants aged 18 or over.
Any personal data given as part of the competition entry is used for this purpose only and will not be shared with third parties, with the exception of the winners’ information. This will passed to the giveaway organiser and used only for fulfilment of the prize, after which time Rachel’s Random Resources will delete the data.I am not responsible for despatch or delivery of the prize.

Email ThisBlogThis!Share to TwitterShare to FacebookShare to Pinterest
Labels: Mills&Boon