☼ Delighted to host one of today's Blog Tour stops ☼
Two bad things happened that summer:
A stranger arrived. And the first girl disappeared.
In the wake of the crime that rocked her community, Felicity fled, knowing more than she let on.
But sixteen years later, her new life is shattered by the news that a second girl has gone missing in her hometown.
Now Felicity must go back, to face the truth about what happened all those years ago.
Only she holds the answers – and they’re more shocking than anyone could imagine.
The heatwave is back. And so is the killer.
What did I think about it..
When a teenage girl goes missing in a Devon seaside resort there are some similarities with a missing person case from years ago. On hearing this news Felicity Musgrave feels compelled to leave her family in the Lake District to go back to the seaside town of her teenage years and to a whole heap of secrets she thought she had left behind. I wasn’t sure about Felicity at first or of the reason why she felt compelled to return to a place she had left some sixteen years before, but hey, this is fiction, and the complicated reasons for her return soon form an integral part of the story.
The story is a bit slow to get going but once the tensions start to mount, the many twists and turns start to become more intriguing and I couldn’t help but be drawn into this mystery which Felicity is determined to uncover. The tension seems to simmer and dance like the eponymous heatwave and just when I thought I had the whole thing worked out the plot would veer off in another unexpected direction. I enjoyed how the story flipped between two time frames and discovering more about the younger, Felicity when her life was far from simple gave the story its necessary edginess.
One thing is always guaranteed with this author and that is that no matter how you think the story will work out she always surprises you, and The Heatwave is no exception. Clever and sophisticated this is one of those psychological thrillers which is better enjoyed in one sitting with no distractions, which, along with its title, makes this an ideal summer read.
It’s interesting to note that The Heatwave is a stand-alone thriller which make an interesting departure from the author’s DS Imogen Grey series of police procedural novels.
About the Author
Katerina Diamond was born in Weston in the seventies. She moved to Thessaloniki in Greece and attended Greek school where she learnt Greek in just 6 months. After her parents’ divorce, they relocated to Devon. After school, and working in her uncle’s fish and chip shop, she went (briefly) to university at Derby, where she met her husband and had two children. Katerina now lives in the East Kent Coast with her husband and children.
Twitter @TheVenomousPen #The Heatwave #SurviveTheHeatwave
@AvonBooksUK
Amazon UK 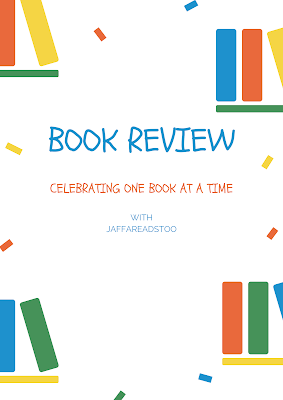