☼ Excited to be hosting a stop on this Blog Tour ☼

Inspired by heartrending real events, the gripping new novel from the No. 1 bestselling author about a former nurse in an Irish mother and baby home who reunites the mothers with the babies they were forced to give up years ago.

It dates from her time working as a nurse in a west of Ireland mother and baby home, and contains a notebook with details of the babies and young women she met there. It also holds many of the babies' identity bracelets.

Following the death of her husband, Katie makes a decision she has long kept at bay. She posts a message on an internet forum, knowing that the information she possesses could help reunite adopted people with their birth mothers.

Soon, the replies are rolling in, and Katie encounters success, failure, heartache and joy as she finds herself in the role of part-detective, part-counsellor - chasing down leads, piecing together stories, and returning many of the bracelets to their original owners.

But there is one bracelet in the box that holds the key to a story that may never be told ...

What did I think about it..
When she worked as a nurse at Carrigbrack, an unmarried mothers home in the west of Ireland, Katie Carroll was the keeper of many devastating secrets. When she decides to place a message on an Internet forum hoping to reunite lost children with their birth mothers, Katie is inundated with requests from those who were born at Carrigbrack, nearly fifty years ago, and who are desperate to find out the truth. There’s something really heartbreaking about the box of baby identity bracelets that Katie Carroll has kept hidden as each tiny bracelet holds a myriad of poignant memories which have been kept secret for far too long.
This is such is a beautiful story which is both heartbreaking and uplifting in equal measure and, I think, what makes this fictional account all the more poignant is that the author has based everything on true events. That such unmarried mothers homes existed is particularly shameful but I think it is the way that young pregnant women were treated with such utter disdain and lack of empathy by those who were meant to care for them which makes this such a difficult story to read.
Throughout the story we follow particular characters who respond to Katie's appeal and I won’t do the author a disservice by recounting the story as that would spoil things entirely as, believe me, this is one of those stories where you don’t want to see any spoilers. However, there are some really lovely characters each with a poignant story to tell, and pretty soon I found that I was rooting for them and really wanted everything to work out.
The Paper Bracelet evolves quite beautifully and more than once I found that I was reading with tears in my eyes as it all just seems so unutterably sad, and yet, the story is so beautifully written so that I couldn’t put it down, even for a minute. I read it in one sitting and all credit to the author for highlighting this shameful problem and for making this sad story into such compelling reading.
Days after finishing the book, The Paper Bracelet is still very much in my mind and whilst I know that this is fiction, I can’t help but wonder just how many other true stories there are out there of separated mothers and babies which remain locked away in secret files somewhere. 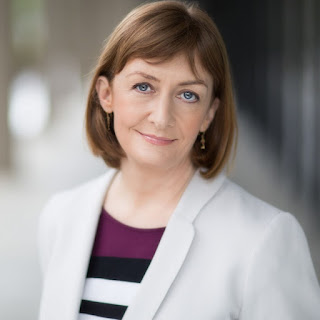 Rachael English is a bestselling novelist and presenter on Ireland's most popular radio show, Morning Ireland. During more than twenty years as a journalist, she has worked on most of RTÉ Radio's leading current affairs programmes, covering a huge range of national and international stories.
Twitter @EnglishRachael #ThePaperBracelet
@headlinepg
@RandomTTours 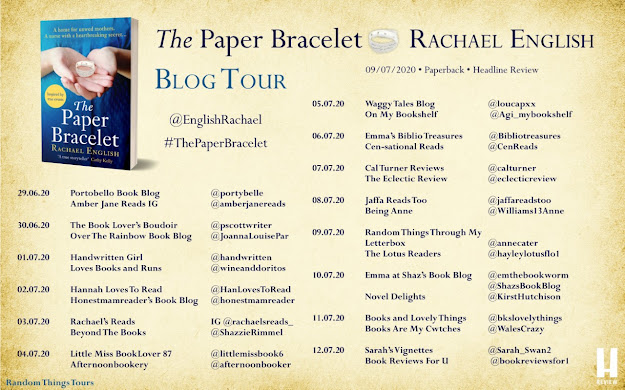