A heartwarming saga about female friendship
from the bestselling author of The Jam Factory Girls.
Secrets of the Jam Factory Girls is a moving saga novel of friendship set in the heart of pre-WWI London from bestselling author, Mary Wood.
Elsie’s worked her way up at Swift’s Jam Factory from the shop floor to the top, and now it’s her time to shine. But when she’s involved in an incident involving her half-sister Millie’s new husband, she is forced to keep it secret – the truth could threaten their sisterly bond.
Dot is dogged by fear, coming to terms with her mother’s rejection of her. She should be enjoying the happiness she craves with her beloved Cess; instead, she’s trapped in an asylum, haunted by the horrifying cries of inmates. All she wants is to get married, but what chance is there for her if she’s locked away?
Millie is trying to build a life with her new husband. But the man she loves is not all he seems . . . Can the Jam Factory girls create the future they all deserve? This historical saga series begins with The Jam Factory Girls.

Elsie, Dot and Millie are the eponymous jam factory girls and in this second book in the series we learn more about them as they continue to suffer through life's hardships at the turn of the twentieth century.
Those who have read the first book in the series will be familiar with the girls and of their connection to each other, so in this second book it was lovely to pick up with them again. However, as we discovered previously, life is never easy for them and they have much to overcome, particularly Dot who is facing her own trials and also both Elsie and Millie are finding that life never works out as you've planned.
The early part of the twentieth century, this book opens in 1912, was a time of great change and the author carefully includes references to the harsher side of life, but there's also the warmth and camaraderie of having close friendships in a time of great adversity. Blending the vernacular of the East End of London also gives a touch of realism and I enjoyed the authentic way in which the author weaves family and friendship dramas together.
Secrets of the Jam Factory Girls certainly continues the historical saga in a meaningful way, and whilst it is perfectly possible to read this second book as a standalone I do think it would be beneficial to become acquainted with the Jam Factory girls in the first book in order to understand the complicated bonds which bind them all together.
Secrets of the Jam Factory Girls is both heartwarming and emotional and is a worthy continuation of this lovely series. 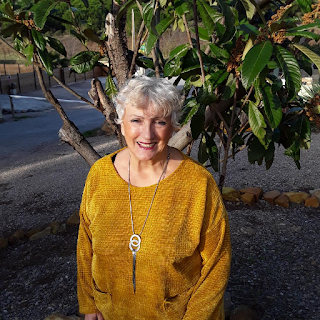 Born the thirteenth child of fifteen to a middle-class mother and an East End barrow boy, Mary Wood’s family was poor, but rich in love. Mary raised four children and has numerous grandchildren, step-grandchildren and great-grandchildren. An avid reader, she first put pen to paper in 1989 and is now a full-time novelist. She is the bestselling author of numerous books, including The Abandoned Daughter and The Brave Daughters.
Twitter @Authormary #SecretsOfTheJamFactoryGirls
@panmacmillan
@RandomTTours 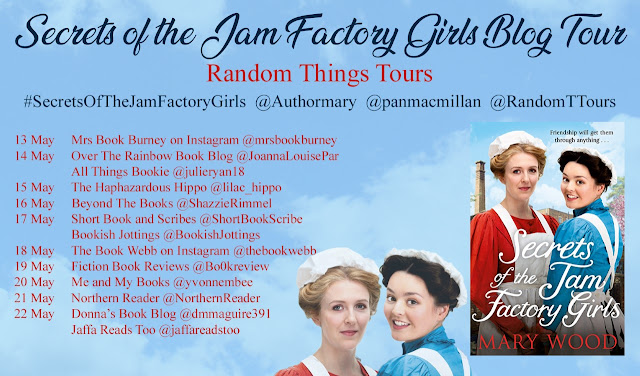