Delighted to share this interview with Ruth Kirby Smith

We all have secrets. And perhaps it’s time for Sarah’s to come out.
It’s 1984 and Olivia is returning home for her grandmother Sarah’s funeral. Sarah was a loving matriarch in small Irish village Lindara, so why would someone spit at her coffin? When Olivia finds Sarah’s red leather notebook, she unearths the secret her grandmother took to her grave… In 1910 Sarah promises her anti-home rule husband Theo that she’ll keep her free thinking, suffragette views to herself. But one night Sarah finds she’s drawn into something which compromises her principles. Later, when Theo gets dementia, he pesters Sarah about something called ‘The Settlement’. She’s mystified, but on opening a letter all is revealed. As the truth unfolds, we watch as Sarah is faced with an impossible decision - will she protect her stepson or her unborn child? Based on the story of her father’s childhood, Ruth Kirby-Smith has delved deep into both Irish history and her family history. Like Olivia, Ruth leaves no stone unturned in the search for the truth. Vivid, gripping and powerful, The Settlement makes the reader question what they’d do in Sarah’s situation. The Irish road to freedom brings to mind the Easter Uprising, Kilmainham Gaol and the Irish Civil War, but little is known about the Anti-Home Rule Movement. With this as a background for the novel, The Settlement is both informative and thrilling. 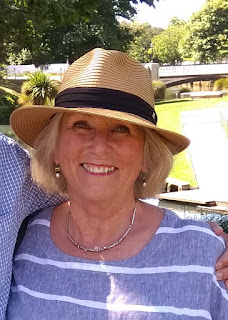 What inspired you to write The Settlement?
I was inspired by my father’s unusual childhood and when I investigated his family’s story it took me to a fascinating period in Irish history which I knew nothing about. Irish independence has always been about the Easter Uprising and the fight for independence, but I did not know details about the anti-home rule movement and its organisation. The two things together – family and history – gave me the basis for my book.
Without giving too much away what can you tell us about the story?
The book combines a period in history with a personal story. Although it is categorised as a historical novel it has romance, history, murder and mystery and with an interesting twist at the end.
Sarah is the main protagonist; tell us about her and why she is pivotal to the story?
Sarah is pivotal in two respects. At a personal level, the book tells of her journey from a girl with no ambitions beyond marriage to an interesting complex woman who has started a business and developed a free-thinking mind of her own. She is not always a good or likeable person but has a well-developed sense of loyalty. At a political and social level, she voices her thoughts on Irish independence and the relationship between the English and Irish.
When combining historical fact with fiction it must be quite a challenge to get the balance right. How have you managed this without compromising on authenticity?
I did a lot of research for the book and used several sources. Sometimes it was important to include complex information such as the numbers of people who signed The Ulster Covenant as it demonstrated the extent of the opposition to home rule in N Ireland. I also detailed the type and number of guns which were shipped to Ulster in April 1914 as a way of demonstrating the determination of the anti-home rule cause. The main thing was to tell a good story and to find a way to use historical fact in an absorbing tale.
As it is 100 years since the partition of Ireland, in researching the background to the novel did anything leave a lasting impression on you?
I was surprised that the accumulation of arms and threats of violence came from the Ulster Protestants in the first instance. The Irish had pursued the quest for independence through political means at Westminster and the first show of violence from them was in the Easter Uprising of 1916 a full four years after the gunrunning into Larne. I was impressed by the organisation of the Anti-Home rule movement but not with their threats of violence for political ends.
Is it difficult to find a balance between research and writing? Can you ever have too much historical detail in historical fiction?
My first and last mission was to tell a good story. Historical fact is the fuel that feeds into the story but if you want historical fact then read history books.
Whilst writing The Settlement you live with your characters every day. How do you feel about them now the book is finished, are they who you expected them to be?
I always have a plan before I start to work. Some writers say they start a story and do not know where it will take them or how it will end but that is not how I work, and I cannot imagine working in that way. Things develop and change as you write of course but I had a clear idea of my characters and plot from the start. The most complex character was Sarah, and she is quite different from my maternal grandmother who was rather cold and severe. I now realise that grandmother probably had mental health issues, perhaps post-natal depression, which people were not so aware of in her day. I think the main characters in the book are interesting and complex and all of them have flaws.
What would you like readers to take away from the story?
A feeling that they loved the story, that they did not want it to end and that they would give it a 5* review and recommend it to all their friends.
Ruth, thank you for being our guest today, and for sharing your inspiration for The Settlement
Twitter @ruthkirbysmith
@GracePublicity 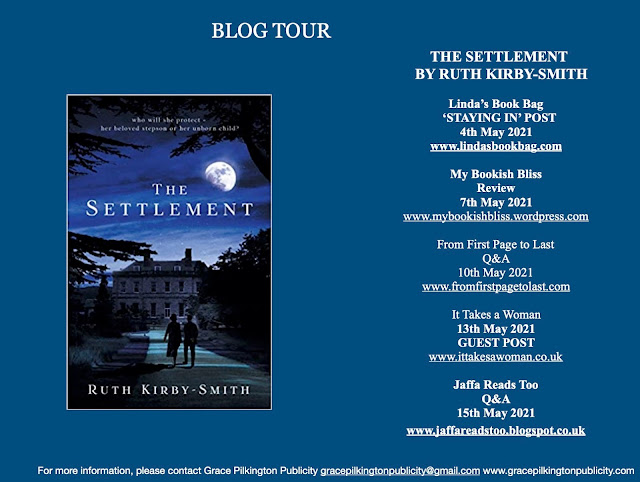