📖 Blog Tour ~ Song of the Nile by Hannah Fielding

📖 Delighted to be the opening stop on this blog tour today 📖

From the award-winning romance novelist, comes a passionate, slow-burning romance that will have you wanting to move to the continent for an old fashioned holiday romance of pure escapism.
Luxor, 1946. When young nurse Aida El Masri returns from war-torn London to her family’s estate in Egypt she steels herself against the challenges ahead.
Eight years have passed since her father, Ayoub, was framed for a crime he did not commit, and died as a tragic result. Yet Aida has not forgotten, and now she wants revenge against the man she believes betrayed her father – his best friend, Kamel Pharaony.
Then Aida is reunited with Kamel’s son, the captivating surgeon Phares, who offers her marriage. In spite of herself, the secret passion Aida harboured for him as a young girl reignites. Still, how can she marry the son of the man who destroyed her father and brought shame on her family? Will coming home bring her love, or only danger and heartache?
Set in the exotic and bygone world of Upper Egypt, Song of the Nile follows Aida’s journey of rediscovery – of the homeland she loves, with its white-sailed feluccas on the Nile, old-world charms of Cairo and the ancient secrets of its burning desert sands – and of the man she has never forgotten.
A compelling story of passion and intrigue – a novel that lays open the beating heart of Egypt.
📖 My thoughts..
On returning to Upper Egypt in the aftermath of WW2, Aida El Masri is determined to seek answers to a question that has overshadowed her life for the last eight years, and even her experiences working as a nurse in war torn London hasn't lessened Aida's resolve to find out who betrayed her father.
Returning home to Luxor is a bittersweet experience for Aida but gladdened that life in her homeland is just as beautiful as ever she is determined to settle old scores, and start a new life for herself. In attending glamorous parties, and wearing beautiful designer dresses, Aida takes her place in high society where her beauty and lively spirit attracts the attention of some unusual suitors. However, it is in the rekindling of Aida's relationship with the charismatic Phares Pharaony where the heat, and passion, truly starts to sizzle. Fiercely independent, Aida doesn't take kindly to being manipulated and maneuvered, so when Phares offers her a marriage proposition, Aida is torn between what is in her head, and what is in her heart.
Beautifully redolent of the heat and passion of Egypt, and by using her own experiences of growing up in Alexandria, the author beings this stunning country alive in the sumptuous descriptions of life amongst Egypt's elite. From the glittering ballrooms and lavish estates of the supremely wealthy, to meetings with Bedouin traders and gypsy fortune tellers in the heat of the desert, there is never a moment when the story doesn't draw you into a long forgotten world.
The Song of the Nile is beautifully reminiscent of this author's skilful ability to place you directly into the world of her imagination which is so beautifully described that you literally step into the pages and experience, first hand, all the sights, sounds and emotions which are so glorious recreated. Coming in at well over 500 pages, Song of the Nile is a book to be savoured like the fine wine which flows so freely at the soirees, and glamorous events of Egypt's high society.
In these uncertain days when foreign travel is filled with trepidation, over the last few days I have been whisked away to the sultry heat, and dust, of 1946 Luxor, luxuriating in a forgotten world brought so beautifully to life by this talented author.
About the Author 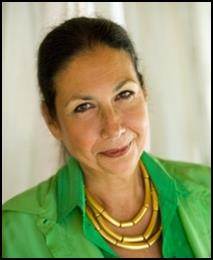 Having already had huge success as one of the UK’s leading romance authors with total sales of over 130k Song of the Nile, follows the award-winning success of Hannah Fielding’s previous novels Aphrodite’s Tears, Burning Embers, Concerto, Echoes of Love, Masquerade, Legacy and Indiscretion. Echoes of Love won Romance Novel of the Year at the IPB Awards in 2012, Burning Embers was Amazon’s book of the month in 2011, and Hannah’s novels have been translated into 13 languages. With its spectacular setting and deep emotional drama, Song of the Nile will appeal both to fans of her backlist, as well as lovers of atmospheric travel writing including Santa Montefiore, Penny Vincenzie, Victoria Hislop and Lucinda Riley.
Egyptian by birth Hannah is fluent in French, English and Arabic and has lived all over the world. She currently lives between her writing retreat in the South of France and her rambling family home in Ireland. Hannah’s grandmother, Esther Fanous, was the revolutionary feminist writer in Egypt during the early 1900s and helped found the Women's Wafd Central Committee in 1920.
Twitter @fieldinghannah #SongoftheNile
@midaspr
Facebook
Website 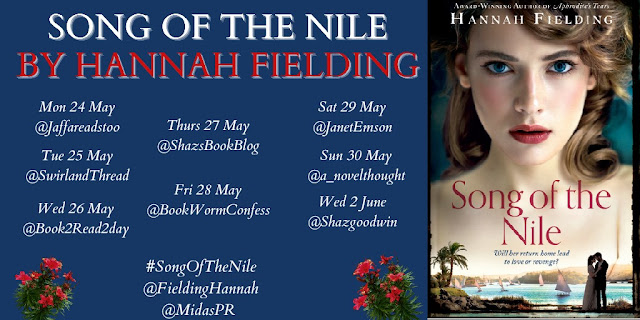