📖 Delighted to be part of this Publication Day Push today 📖

The Surprising Life of a Funeral Celebrant

If you liked Adam Kay’s book, ‘This Is Going To Hurt’, you’ll love the joyously life affirming memoir, ‘A Thousand Goodbyes’.
When Ruth Graham left the world of stand up comedy to become a funeral celebrant, she’d imagined a less combative career.Over a thousand services later ... she knows better.
Probably her most demanding role to date, Ruth has needed every ounce of diplomacy, courage,humour and her wits about her to juggle the daily challenges. From grief stricken families to amorous widowers through to plate smashing, warring siblings and even a flock of stoned doves at a Rasta funeral.
As the story unfolds we witness her new career developing into a 24/7 commitment. Will it break her?
Or will it be the spur she needs to get her own life in order?
Jaw dropping, informative, moving and hilarious in turn, ‘A Thousand Goodbyes’ is a reminder that nobody is guaranteed a tomorrow; whilst encouraging everyone to seize their day.
My thoughts..
I've been to many funerals over the years. All of them unique, some more poignant than others but all with a distinct sense of completing the circle of life. Mostly the funerals have taken place in church with a religious celebrant, but I have also been to services were religion was not the main focus and through thoughtful meditations,often chosen before death, the funerals were as special as the person who had died had wanted it to be.
In A Thousand Goodbyes, the author tells of her varied experiences as a Funeral Celebrant, from the funny and downright bizarre, to the incredibly sad and deadly serious, but one thing is certain, there is never a dull moment when participating in a funeral. Throughout the book I was struck once again by the vagaries of human nature, and I think that anyone who has spent time at the end of someone's life, or with grieving families, know that nothing is ever straightforward.
I've never considered the work of a funeral celebrant before, they are, quite simply, the people who you see calmly standing before a weeping congregation of people, bringing the deceased back to life for a moment with wise words and compassionate readings and eulogies. The author takes us through some interesting anecdotal stories, sharing her experiences in a thoughtful way neither making light of the work she does nor of making everything seem overly complicated. The book is written with warmth, and wit, and a much need sense of humour, and yet the author also oozes compassion, and a passionate belief in the unique service she offers to grieving families.
Despite everything we have been subjected to in this global pandemic when so many people have lost their lives, we still see death as something mysterious and to be avoided at all costs, but death is inevitable, and thank goodness we have people like Ruth Graham, and all those special people who offer a unique service to help saying goodbye to our loved ones a less painful process.
A Thousand Goodbyes is a fascinating insight into the work of someone who, quite often, blends into the background but who is always there we need them most.
About the Author 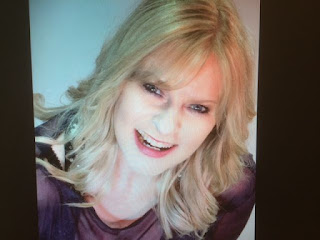 Ruth Graham has written for many publications over the years on a variety of subjects. Initially working for Emap Elan on Period Living and Traditional Homes magazine, she then moved onto freelance for titles as varied as The Evening Standard and The Daily Mail.
A move back to the Midlands in 2000 brought her first big break with her own weekly gossip/opinioncolumn in The Sunday Mercury (Trinity Mirror), where she was billed as ‘Ruth Graham: More Balls Than Your Average Bloke’!
She then went on to launch her own magazine ‘Midlands Homes & Interiors’.Two years later (2007), came her first series of short comedy books, ‘The Bible Series’ (Know TheScore Publishing). One of these ‘The Break Up Bible’ was cunningly launched on Valentine’s day,gaining great publicity, and a spot on GMTV and Channel 5 news!
Since then Ruth has written and performed her own one woman show (Just Sayin’); become a celebrant; and subsequently collaborated with writer/performer Cat Weatherill on the British Arts Council funded show ‘Unforgettable’celebrating the lives of those we’ve loved and lost.
And then came the book ‘A Thousand Goodbyes’all about Ruth’s work as a celebrant, the people she meets and the bizarre, touching and hilarious circumstances that constitute the average day, and life, ofa celebrant.
Twitter @CelebrantRuthG
@rararesources
Celebrant Website
Amazon