📖 Delighted to host one of today's Blog Tour stops 📖

The father you never knew, has left behind a heartbreaking secret…
June Westwood is devastated by the news the father she never met has died. Now the truth about why Jasper abandoned her as a child will be buried forever. Escaping to the secluded beach house she’s inherited, June hopes to spend time bonding with her two little daughters, away from her hectic job and failing marriage.
On the wild shores of the Pacific Northwest, her father’s hideaway leaves June breathless. But it’s his oil paintings decorating every wall that surprise her most. How could someone paint other people so beautifully, but reject those closest to him? And why is every drawer in her father’s workshop locked? June hopes her new neighbor—her father’s apprentice Caleb—will provide the answers. But Caleb won’t talk about the past.
Then, hidden in her father’s workshop, June discovers a box of newspaper clippings that reveal the shocking reason why her father left years ago—and uncovers Caleb’s own devastating secret…
When her old life comes calling, June has an impossible decision to make. Unsure what’s best for her girls, and if she can trust Caleb, will digging deeper into her father’s dark past heal or destroy her precious family?
📖  My Thoughts..
After hearing the devastating news that the father she has never known has died and has left her, and her sisters, an amazing legacy, June Westwood leaves behind her husband, and taking her two daughters heads for her deceased father's property in Wishing Cove in the Pacific North West.  There she, and her two sisters, discover more about the family secret which has been hidden for so long, and as they learn to accept the reasons why their artist father abandoned them when they were children, so their own personal stories start to evolve.
Whilst Her Family Secret follows what is happening with June, and her tentative relationship with, Caleb Valencia, her father's protégé, we are also entrusted with an emotional roller coaster of a read as the story looks at the complicated bonds which bind people together. The story captures the indecision which June faces, especially as she has to make some momentous changes in her life, which the author writes about with empathy, and a natural awareness of picking up on the subtle nuances of people's complex behaviour.
Beautifully written from start to finish, Her Family Secret is an emotional and thought provoking story about how secrets long buried can have a devastating effect on those who have to pick up the pieces. It also covers a wide range of topics from marital infidelity, mental health issues around bi-polar disorder and the complicated ties of family but does so with a light touch and a fine eye for detail which makes reading Her Family Secret so enjoyable.
About the Author 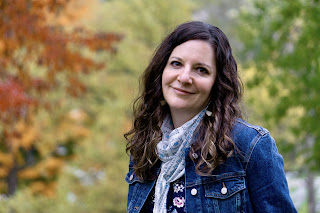 Melissa Wiesner is a night-owl who began writing novels about five years ago when her early-to-bed family retired for the evening. In 2019, she won the Romance Writers of America Golden Heart® Award in the Mainstream Fiction Category for her first novel. Melissa holds two Master’s Degrees in Public Health and Community Agency Counseling. Her day job is in Social Work where she often encounters people knocked down by hard times but who pick themselves up and keep going, just like the characters of her novels. Melissa lives in Pittsburgh, PA with her charming husband and two adorable children.
Twitter @Melissa_Wiesner  #HerFamilySecret
@bookouture #BooksonTour
Website
Amazon 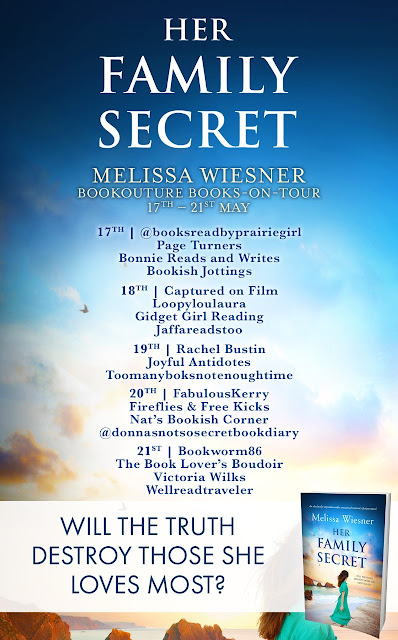