📖 Thrilled to host a stop on today's blog tour 📖 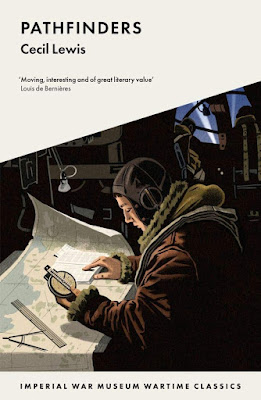 Imperial War Museum
20 May 2021
#WartimeClassics
My thanks to the publisher for my copy of this book
and to Random Things Tours for my invitation to be part of the blog tour
In May 2021, IWM publish two more novels in their Wartime Classics series which was launched in September 2019 to great acclaim, bringing the total novels in the series to ten. Each has been brought back into print to enable a new generation of readers to hear stories of those who experienced conflict firsthand.
First published in 1944 and set over the course of one night in 1942, the story follows the fate of six crew members of a Wellington bomber ‘P for Pathfinder’ thrown together by chance from different corners of the world. They each reflect on the paths of their own lives, as they embark on a fateful mission deep into the heart of Nazi Germany. Cecil Lewis’ novel examines the life of every man in turn, rendering a moving account of each as not merely a nameless crew member, but as an individual with a life lived, ‘a life precious to some, or one… these men with dreams and hopes and plans of things to come.”
Cecil Lewis was a flying instructor for the RAF during the Second World War where he taught hundreds of pilots to fly, including his own son. It was while doing this training that he wrote Pathfinders. Pupils were graded by the time it took them to fly solo – the best became fighters and then bombers. The RAF’s Bomber Command was the only branch of the armed forces that could take direct action against Germany and in 1942 the strategic air offensive changed from precision to area bombing where whole cities were targeted in order to destroy factories as well as the morale of those who worked in them.
The ‘pathfinders’ of the story were needed because often the bombers could not find the towns and cities they were destined to attack at night, let alone the industrial centres within. The crew used coloured marker flares to guide the bombers to their targets and the crews selected (often from the USA, Canada and NZ as well as Britain) were the best night flying crews who were able to find the target unaided. As a pilot who took part in both World Wars, Cecil Lewis brings his unique experience to bear, shining a light on this vital and sometimes contested aspect of Britain’s Second World War focusing on the sacrifice made by the Allied airmen it depicts.
IWM Senior Curator, Alan Jeffreys, has written an introduction to each book that provides context and the wider historical background. He says, ‘researching the Wartime Classics has been one of the most enjoyable projects I’ve worked on in my years at IWM. It’s been very exciting rediscovering these fantastic novels and helping to bring them to the wider readership they so deserve.’
📖 My thoughts...
Stepping back in time with this 1944 edition of Pathfinders reiterates the danger and complexity of airborne manoeuveres and of the sheer bravery of the flying crews who manned the bomber aeroplanes during some of the most dangerous times of WW2.
Pathfinders is the story of the crew members of a Wellington bomber, coded 'P' for Pathfinder, as it embarks on a mission into the heart of Germany on a fateful night in 1942. The very human aspect of this novel serves to remind us that the crew members were, quite simply, ordinary men caught up in exceptional circumstances.
The six crew members on whom the book focuses are all very different personalities, and have different nationalities, but once in the sky they become as one, and embody the bravery and stoicism of team work under enemy bombardment. By allocating a chapter to each of the crew members, namely, the pilot, co-pilot, navigator, wireless operator and front and rear gunners we are given an emotional glimpse into each of their personal lives. Each of the six have a story to tell and their own special reasons for being aboard Pathfinder on that fateful night in 1942.
I think what makes this novel so special is that it is of its time, and talented though modern writers of WW2 fiction are, they did not live through the events of the Second World War, and as we know, that exceptional fighting generation is now lost to us. However, having a character driven novel penned by a man who was himself a fighter ace of WW1, and who then went on to become a RAF flying instructor during WW2, is what gives Pathfinders such a poignant insight into the human aspect of being part of a bomber crew, of the complexities of flying under extremely difficult circumstances, and of the forgotten lives of those who took to the skies to fight for our freedom.
About the Author 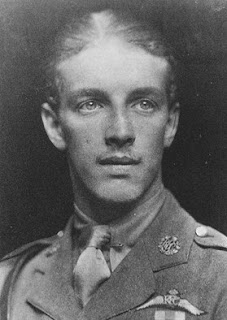 Cecil Lewis (1898 - 1997) was a British fighter ace in the First World War and his memoir Sagittarius Rising became a classic of the literature from that war, considered by many to be the definitive account of aerial combat. He was a flying instructor for the RAF during the Second World War where he taught hundreds of pilots to fly, including his own son. After the war he was one of the founding executives of the BBC and enjoyed friendships with many of the creative figures of the day, including George Bernard Shaw, winning an Academy Award for co-writing the 1938 film adaptation of Shaw’s Pygmalion. He had a long and varied career but retained a passion for flying all his life. In 1969 he sailed a boat to Corfu where he spent the remainder of his life, dying two months short of his 99th birthday. He was the last surviving British fighter ace of the First World War.
IWM (Imperial War Museums) tells the story of people who have lived, fought and died in conflicts involving Britain and the Commonwealth since the First World War. Our unique collections, made up of the everyday and the exceptional, reveal stories of people, places, ideas and events. Using these, we tell vivid personal stories and create powerful physical experiences across our five museums that reflect the realities of war as both a destructive and creative force. We challenge people to look at conflict from different perspectives, enriching their understanding of the causes, course and consequences of war and its impact on people’s lives. IWM’s five branches which attract over 2.5 million visitors each year are IWM London, which will open extensive new Second World War and The Holocaust Galleries in autumn 2021; IWM North, housed in an iconic award-winning building designed by Daniel Libeskind; IWM Duxford, a world renowned aviation museum and Britain's best preserved wartime airfield; Churchill War Rooms, housed in Churchill’s secret headquarters below Whitehall; and the Second World War cruiser HMS Belfast.
Pathfinders by Cecil Lewis is published by IWM
and can be ordered here: at the online IWM shop
Twitter @I-W-M #WartimeClassics
@AngelamaryMar @RandomTTours 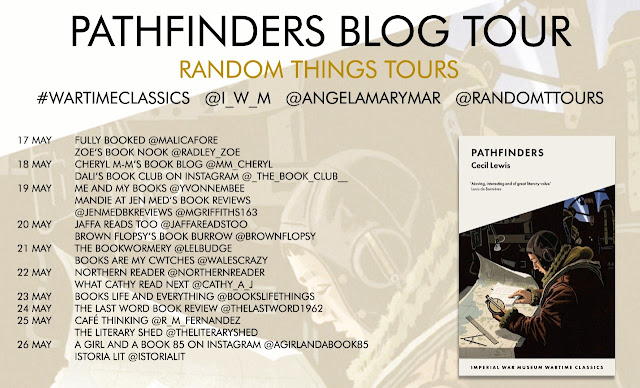