Not even the Blitz can shake a mother's love.
Cathy was a happy, blushing bride when Britain went to war with Germany three years ago. But her youthful dreams were crushed by her violent husband Stanley's involvement with the fascist blackshirts, and even when he's conscripted to fight she knows it's only a brief respite divorce is not a option. Cathy, a true Brogan daughter, stays strong for her beloved little son Peter.
When a telegram arrives declaring that her husband is missing in action, Cathy can finally allow herself to hope she only has to wait 6 months before she is legally a widow and can move on with her life. In the meantime, she has to keep Peter safe and fed. So she advertises for a lodger, and Sergeant Archie McIntosh of the Royal Engineers' Bomb Disposal Squad turns up. He is kind, clever and thoughtful; their mutual attraction is instant. But with Stanley's fate still unclear, and the Blitz raging on over London's East End, will Cathy ever have the love she deserves?
📖 My thoughts..
In this fifth outing to London's East End we meet again with the indomitable Brogan family who have featured so strongly in the previous books. In A Ration Book Daughter we follow the story of Cathy Wheeler who lives with her small son, Peter, and her domineering mother-in-law, whilst her husband, Stanley, is on active duty overseas. When Cathy receives the dreaded telegram informing her that Stanley is missing in action, rather than be sad, Cathy lives in hope of finally being rid of her violent and aggressive husband.
We follow Cathy as she tries to keep both herself and her son safe from the increased threat of the bombs which drop constantly on the East End, and rather than take shelter with her nasty mother in law, Cathy prefers to spend her nights with her Brogan family in the shelters beneath a London tube station. When Cathy comes into contact with Sergeant Archie McIntosh who is part of a bomb disposal unit based in the East End there is a pull of attraction between them and it is this bureoning relationship which features so strongly in the story.
What then follows is a lovely story which bears all the hallmarks of this authors passion for bringing the history of the East End to life. With meticulous research and genuine delight in recreating the lives of this stalwart generation the author gives us a story which is alive with warmth and compassion and filled with characters who, with each successive story, just get stronger and stronger and who find a place in your heart.
A Ration Book Daughter continues the series is grand style. I have thoroughly enjoyed reading Cathy's story and desperately wanted her to find her happy ever after ending. Archie McIntosh is a welcome addition to the story and I found his story both poignant and uplifting in equal measure. The Brogan's are, of course, as wonderful as ever, particularly Queenie, the matriarch of the family who continues to rule the roost with her own inimitable brand of stern common sense.
It's worth saying that whilst A Ration Book Daughter may be read as a standalone story, it would be advisable to enjoy this series from the beginning in book #1.
About the Author 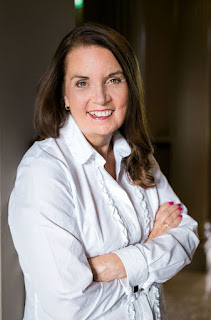 Born and bred in East London Jean is a District Nurse by trade and has worked as a NHS manager and as a senior lecture in Health and Nursing Studies.She left her day job to become a full time writer in 2015 and has never looked back.
In 2006 she won the Harry Bowling Prize and now has seventeen sagas published over three series with both Orion and Atlantic all of which are set in East London.
She is an experienced public speaker with hundreds of WI and women’s club talks under her belt,plus for the past fifteen years she has sailed all over the world as an enrichment speaker and writing workshop leader on cruise ships.
Twitter @JeanFullerton_
Amazon UK
Website
Facebook
**Giveaway**

Terms and Conditions
UK entries welcome.
Please enter using the Rafflecopter box below.
Enter Here
The winner will be selected at random via Rafflecopter from all valid entries and will be notified by Twitter and/or email. If no response is received within 7 days then Rachel’s Random Resources reserves the right to select an alternative winner. Open to all entrants aged 18 or over.Any personal data given as part of the competition entry is used for this purpose only and will not be shared with third parties, with the exception of the winners’ information. This will passed to the give away organiser and used only for fulfilment of the prize, after which time Rachel’s Random Resources will delete the data. I am not responsible for dispatch or delivery of the prize. 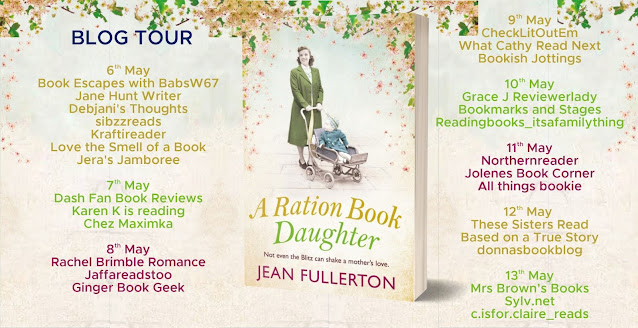