Kate trusts Della, and Della trusts Kate.
Their downfall is each other.
When Kate moves to London after the disappearance of her sister, she’s in need of a friend. A chance meeting leads Kate to Della, a life coach who runs support groups for young women, dubbed by Kate as ‘the Janes.’
Della takes a special interest in Kate, and Kate soon finds herself entangled in Della’s life – her house, her family, and her husband. It’s only when she realises that she’s in too deep that Della’s veneer begins to crumble, and the warnings from ‘the Janes’ begin to come true.
Why is Della so keen to keep Kate by her side? What does Kate have that Della might want? And what really lies beneath the surface of their friendship?
📖 My thoughts..
Kate moves to London ostensibly to search for her older sister who has gone missing some time before the story opens. When we first meet her, Kate is living a lonely existence in a grotty flat share, with no friends, and a mundane job in a cafe, so when she meets the glamorous, Della, she is easily taken in by her charm. Life coach, Della starts to take an interest in Kate and whens she invites her to participate in a series of group meetings which Della holds at her beautiful home, Kate, although reticent about sharing her secrets, is drawn into what is on offer by this charismatic older woman.
The story flows, albeit it rather slowly in places but this doesn't detract from the overall effect of the plot as right from the start there is a sense of unease and a distinct feeling that something isn't quite right. Della is beautifully described, complex, manipulative and used to having things done her way and as she controls her group therapies as she does people it doesn't bode well for Kate who is easily drawn into this seemingly perfect environment. Kate was, by far, my favourite character, troubled beyond measure and yet so achingly vulnerable that only wanted what was best for her.
The House Guest is a well written, twisty, turny, psychological suspense novel about the bonds of sisterhood and motherhood and of the many differences between them which can so easily splinter and fracture into a million pieces. I won't give anything more away except to say that I raced through The House Guest in just one sitting and thoroughly enjoyed watching how everything came together.
About the author
Charlotte Northedge is joint Head of Books for the Guardian. She has previously written for a range of newspapers and magazines, including the Guardian, Psychologies and Cosmopolitan. She has an MA in Modern and Contemporary Literature from Birkbeck and is an alumna of the Curtis Brown Creative writing course. The House Guest is her first novel.
Twitter @charnorth #TheHouseGuest
@Harperfiction @fictionpubteam 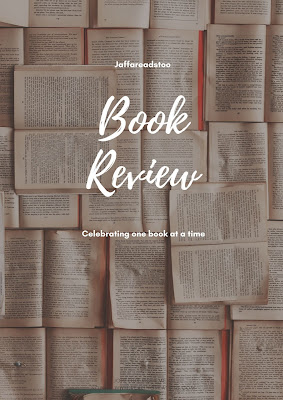