📖 Featured Book of the Month ~ The Dream Weavers by Barbara Erskine


A nest of vipers, they called us. But that is not how it was.
Mercia, 775 AD. In the grand Saxon halls of Mercia, King Offa rules with ruthless ambition. Aggressive and relentlessly acquisitive, his three daughters are destined to marry advantageously in service of their country. Eadburh, the youngest, is neither the cleverest nor the most beautiful of the three. But, with her father’s ruthless spirit and the secret gifts passed down from her mother, she is determined to carve her own path in the world.
2021. Simon Armstrong has escaped to a secluded cottage on the English-Welsh borders, desperate to finish his book about Anglo-Saxon King Offa. But he soon finds himself disturbed by unsettling noises and visions. Calling in local expert Bea to identify the issue, Simon hopes to get back some peace – but soon Bea is as embroiled as he is, feeling increasingly connected to a ghostly presence that is growing ever-stronger in its desire for revenge. And when Simon’s daughter disappears, centuries of secrets and resentment begin to tumble out…
An epic tale of deceit, revenge and exile from the queen of timeslip historical fiction.Time is running out as the past and present collide.
📖 My thoughts..
There is nothing I like better than to sit for several hours immersed in one of this author's engrossing supernatural tales. Combining a strong sense of history with a plausible time slip element is just what makes these stories so special.
Author, Simon Armitage, has moved into a remote cottage close to what remains of Offa's Dyke on the English/Welsh border in order to finish writing his book about the Anglo Saxon King Offa. This isolated area is a place of secrets and shadows and with no obvious explanation for the distressed voices he starts to hear Simon calls on the help of Bea Dalloway, whose skill in dealing with paranormal activity is a closely guarded secret.
Unleashing the ancient power that swirls around this remote cottage has a profound effect on Bea and soon she is consumed by the turbulent story of Eadburh, the spirited younger daughter of King Offa, whose shadowy presence dominates, and whose history, it would seem, needs to be heard before she can find the peace she so desperately craves.
The Dream Weavers is beautifully written and so skilfully put together that even as you move seamlessly between past and present, the history, and the characters, which the author so skillfully brings to life, start to come alive in the imagination. And as neither the past nor the present is allowed to outshine the other, and with each time frame so scarily realistic, the ancient world of 775 AD is just as vivid as the paranormal events which start to unfold in 2021. As the shadows bloom and shimmer so the curtain to the past is lifted and time reveals its deadly secrets.
I've long been a fan of this author's exceptionally skilful writing, in fact, I still can't believe that the first book I read, back in 1986, The Lady of Hay, has just celebrated its 35th anniversary. Without doubt Barbra Erskine is the Queen of the time-slip genre and I think that The Dream Weavers is up there amongst her best which is why I have no hesitation in making it my Featured Book for the Month in May.
About the Author 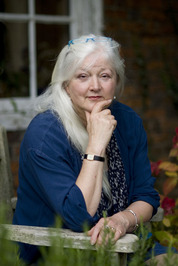 A historian by training, Barbara Erskine is the author of many bestselling novels that demonstrate her interest in both history and the supernatural, plus three collections of short stories. Her books have appeared in at least twenty-six languages. Her first novel, Lady of Hay, has sold over two million copies worldwide. She lives with her family in an ancient manor house near Colchester and in a cottage near Hay-on-Wye,
Twitter @barbaraerskine #TheDreamWeavers
@HarperCollinsUK 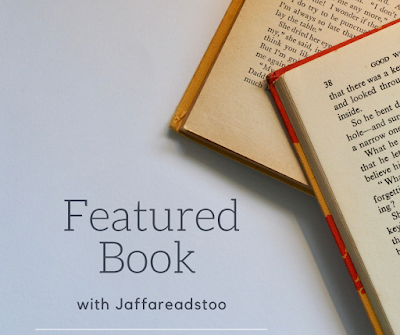