In the spotlight is author ~ Anne Allen ~ Giveaway 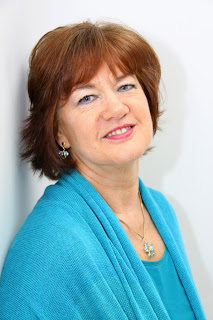 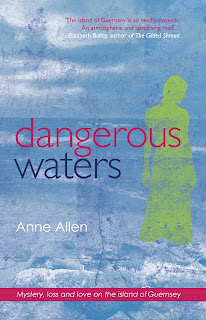 Anne ~ welcome to Jaffareadstoo and thank you for answering our questions about your book.

How would you describe dangerous waters?

Dangerous Waters is a romantic mystery set on the lovely island of Guernsey. The story follows a young woman, Jeanne Le Page, who had fled the island 15 years previously after a family tragedy. She now has to return after the death of her grandmother, who has left her a cottage.

Jeanne doesn’t plan to stay longer than it takes to sell her inheritance but things don’t go according to plan and she ends up staying. She discovers that the cottage holds a secret going back to the German Occupation in WWII, and is drawn into finding out more. The tragic accident had never been explained and again, Jeanne wants answers. As she gets drawn into new friendships, she has to question her heart about what – and who – she really wants. And as she slowly uncovers the truth about the accident her life is endangered.

By the way, Dangerous Waters was awarded Silver from the Wishing Shelf Awards 2012, voted on by members of readers groups.

Do you write stories for yourself or other people?

Both. Like all writers I’m an avid reader and used to think, ‘I could have a go at writing a book’, shouldn’t be too difficult. Ha! Dangerous Waters started out as a bit of fun, to see if I could write a book. I got so carried away, I wrote about 110000 words! I eventually edited it down to about 93000 but enjoyed the process so much that I started writing my next novel. I like the idea of making up stories and characters and love being able to control what happens next. It’s quite empowering! Until my editor puts her red lines through it L. Naturally, I do want people to enjoy my books too or there would be no point publishing. But it’s a scary thing, putting your ‘baby’ out into the world and waiting to see what reaction it inspires.

How did you research your novel, and what are your favourite methods of research?

I had spent many happy years in Guernsey, only returning reluctantly to England, the opposite of my character Jeanne! This meant that I knew the island and its history well, so that I didn’t need to do a great deal of research. I did talk to people who had been on the island during the Occupation and also read several books about it, so that I was fairly confident in my portrayal of what it was like then. Another aspect that I needed to research was local and French cuisine, which forms a substantial part of the story. I’ve even included recipes at the back of the book! I’m not an avid cook myself but I do like food J

I think my favourite methods of research are using the internet and talking directly to people. I admire pre-internet authors who had to spend hours in libraries, pouring through dusty tomes. Now, we just click on a website –brilliant!

Mm, not sure. I really love historical fiction but couldn’t see myself writing something set, say, in the seventeenth century. But my books (I’ve written two and there’s a third being plotted as we speak) are all set in Guernsey and have links to the Occupation. I prefer to write contemporary fiction because I can relate to it. I know the language and behaviour of modern society. As for an inspiring author, there’s several. I loved Joanna Trollope’s ‘Aga Sagas’, Maeve Binchy’s wonderful gentle stories and Katie Fforde’s romances. Plus grittier tales from Robert Goddard, Stieg Larrson and Mary Higgins Clark.


Can you tell us about what you are writing next?

I’ve nearly completed the edits for Finding Mother, which I hope to have published in October. A romantic family drama, it follows a young woman, Nicole, who after her marriage crumbles, sets out to find her natural mother. Nicole always knew she was adopted by her Jersey parents and had often thought about tracing her real mother, but did nothing about it. She’s now living in England with her husband, but after problems emerge, she decides now’s the time to trace her mother and learn more about herself in the process. Her search takes her to Spain, Jersey and finally Guernsey. Her discovered family have secrets that are forced into the open on Nicole’s arrival, making for some tense situations. And Nicole, like Jeanne in Dangerous Waters, has to find out what and who she wants in her life. Oh, and there’s a secret going back to WWII! Can’t resist those old secrets

Anne is very kindly offering a paperback copy of Dangerous Waters to one lucky UK winner
of this giveaway.

Jeanne le Page has returned to the island of Guernsey to manage her inheritance, which is a cottage left to her by her grandmother, and which evokes memories of Jeanne’s childhood, and the time before she lost her parents in a tragic accident at sea. Jeanne’s life is in transition, with a disastrous personal relationship behind her, she realises that she has some important life decisions to make, and Guernsey seems like the ideal place for her to take stock of her life. During an examination of her grandmother’s personal effects, Jeanne comes across a series of letters, which plunges the story into the heart of the German occupation of the island during the Second World War. The evidence suggests that the cottage and its previous inhabitants have been harbouring long buried secrets.
What then follows is a cleverly constructed mystery which intertwines both past and present, and as Jeanne uncovers the truth about the past, she also realises that exposing this mystery will also place her in extreme danger. Jeanne is a likeable and strong-minded heroine, and yet she has hidden vulnerabilities which are conveyed in a realistic way. It is obvious from the beautiful descriptions of Guernsey that the author knows and loves the island; the imagery evoked is really quite stunning, and with the glorious descriptions, Guernsey really springs into life.
Overall, this is a good read; the mystery draws you in from the beginning and the intertwining of the past and present is nicely done. There is some poignancy to the story which is sensitively explored, and the addition of a lovely romance adds a good contrast. I enjoyed it, and will certainly look out for more books by this talented author.

My thanks to Anne for giving so generously of her time and to Carol at Dizzy C's Little Book Blog for introducing me to this lovely author.