Blog Tour ~ To the Fair Land by Lucienne Boyce

Jaffareadstoo is delighted to add our review of

To the Fair Land 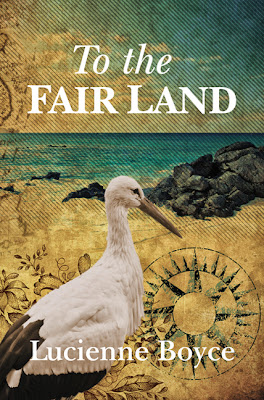 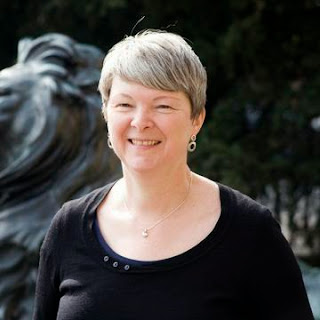 Lucienne Boyce was brought up in the Midlands and now lives in Bristol with her husband and hundreds of books. With its exciting maritime heritage, Bristol is the setting for many of her stories. When she is not writing she is happiest walking around the historic city and the surrounding countryside gathering ideas and inspiration.

Find out more at lucienneboyce.com.


Here are my thoughts on To The Fair Land

The story opens in 1789, as Ben Dearlove, a burgeoning writer, is enjoying a night at the theatre in Covent Garden in London. His concentration of the play, about the exploration of undiscovered lands, is rudely interrupted by a hysterical outburst from a young woman seated next to him. The young woman is not known to Ben, but feeling a chivalric responsibility, he steers her away from the angry theatre audience, who have take umbrage at the woman’s attempt to ruin the stage play, and sees her safely home. When he returns the following day to check on the woman’s safety, her rooms appear to have been burgled and the woman has disappeared. Several weeks later a mysterious novel called An Account of a Voyage to the Fair Land is delivered to Ben, which tells the story of the voyage of the ship, Miranda. As Ben investigates the book further, he begins to realise that An Account of a Voyage to the Fair Land may not be a work of fiction, but could actually be based on truth.

What then follows is a cleverly constructed historical mystery which pulls the reader into a story which thrives on intrigue and nautical and political skulduggery. There is such an atmospheric feel to the narrative that you could almost be walking the streets of maritime Bristol, with the sharp tang of sea air in your nostrils, or wandering the gin-soaked shops and alleyways of eighteenth century London. There are some quite dark elements to the story, which is perfectly in keeping with the book’s content, after all, this is the eighteenth century, but there is also a lightness to the narrative which is complimented by a delightfully quirky set of characters.

Overall, this enthralling story never loses its momentum and combines the best of historical fiction writing with a lively adventure story. I thoroughly enjoyed it.

Come back to Jaffareadstoo on Sunday 29th September to discover who inspired Lucienne Boyce to write To The Fair land and to be in with a chance of winning a copy of this book in  a great giveaway.

Our thanks to Silverwood Books and Lucienne Boyce for inviting us to be part of this blog tour
Posted by Jaffareadstoo..... at 09:16