Blog Tour ~ Under A Wartime Sky by Liz Trenow ☼

Delighted to host today's first blog tour stop
on the 80th Anniversary of the start of the Battle of Britain in 1940
As we prepare to mark the 80th anniversary of the Battle of Britain – which began on 10 July 1940 – much of the focus will rightly be on the extraordinary bravery of our fighter pilots who managed, over four gruelling and deadly months, to defeat a German airforce with more than twice the number of planes and flyers.
Far less well known is the vital contribution of our secret weapon: radar. Invented by a small group of brilliant physicists, the early warning system gave the RAF precious time to scramble fighters and intercept the German Luftwaffe, robbing them of the element of surprise. So effective – and so top secret – was the technology that the government felt obliged to divert attention by circulating ‘false news’ that the RAF’s success was due to feeding their pilots plenty of raw carrots, which promoted superior eyesight, especially at night. The myth became widely accepted among British and Germans alike, and perpetuated long after the war.
This remarkable story inspired novelist Liz Trenow, bestselling author of The Poppy Factory and In Love and War, to write her latest novel Under a Wartime Sky (published by Pan Macmillan). It is set at Bawdsey Manor, a gothic Victorian mansion on a remote part of the East Anglian coast, where a group of the country’s brightest minds were gathered, tasked by Winston Churchill to develop a ‘death beam’ to defeat the German airforce. The Manor became the first of dozens of radar stations hastily built along the south and east coasts of Britain, staffed largely by women operators who found themselves on the front line as waves of German bombers set their sights on Britain.
Radar helped to win not just the Battle of Britain but also the rest of the war, particularly during the later phases such as the Blitz, ultimately changing the course of history. Yet apart from a small museum housed in a former transmitter block at Bawdsey Manor, the invention and the dedication of thousands of radar operators is far less widely recognised than the code-breakers of Bletchley Park. Radar later developed into microwave technology which has multiple applications today such as speed cameras and air traffic control, as well as in space.
What did I think about it..
With the threat of war looming, Kathleen Mott takes up a position in the kitchens of Bawdsey Manor in Suffolk. Sworn to secrecy, no-one is allowed to disclose the important war work going on at this top secret Military base, and for Vikram Mackensie and his colleagues the race is on to finalise the intricacies of a new aeroplane tracking system.
What then follows is a lovely character driven novel which focuses on both Kath and Vic as they get drawn further and further into the war effort. Vic’s ability with science and mathematics allows him to play a very special role whilst Kath is determined to do her bit in the WAAF. Gradually these two, quite different people, find that they have much in common, and that despite the irregularities of war they do their best to remain in contact with each other.
The story draws you in very quickly, and I soon found that I liked Vic and Kath enormously, they are lovely characters to get to know and you can’t help but be engrossed in their trials and tribulations. It made a refreshing change to read a WW2 novel that didn’t rely entirely on the devastation caused by the war itself but which focused more on the technical side of the war effort. It was also fascinating to learn about the important part played by the boffins and scientists, which, thanks to their skill and knowledge, our fighter pilots took to the sky with a greater degree of security.
I must admit that I knew absolutely nothing about this aspect of the war and of the race to find a reliable means of tracking aircraft. Of course, I realise now just how important radar navigation was to the success of the war and all credit to the author for bringing the true facts of the radar pioneers into sharp focus in such a readable way.
The author writes this type of historical novel with great understanding of what readers want from historical fiction, so in Under a Wartime Sky we have an authentic historical setting, lovely warm hearted characters who you start to care about as friends, and a smattering of sweet romance, whilst at the same time the author carefully includes as much factual historical detail as necessary without ever losing sight of the human aspect of telling a really good story.
Under a Wartime Sky is a beautifully written wartime saga which is an entirely appropriate read for this 80th Anniversary of the Battle of Britain as without the development of radar, the outcome of the war would have been very different for us as a country.
About the Author 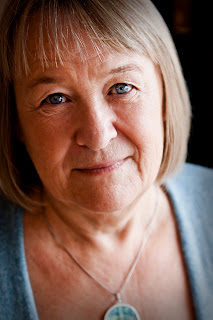 Liz Trenow is a former journalist who spent fifteen years on regional and national newspapers, and on BBC radio and television news, before turning her hand to fiction. Under a Wartime Sky is her seventh novel. The Forgotten Seamstress reached the top twenty in the New York Times best seller list and The Last Telegram was nominated for a national award. Her books are published all over the world and are translated into many languages.
She lives in Colchester in Essex with her artist husband, and they have two grown up daughters and three grandchildren.
Find out more at www.liztrenow.com
Facebook
Twitter @LizTrenow #UnderAWartimeSky
Amazon UK