☼ Delighted to host one of today's Blog Tour stops ☼
Approaching 80, frail and alone, a remarkable man makes the journey from his sheltered home in England to Berlin to meet his granddaughter. He has six days left to live and must relate his life story before he dies...
His life has been rich and full. He has witnessed firsthand the rise of the Nazis, experienced heartrending family tragedy, fought in the German army, been interred in a POW camp in Scotland and faced violent persecution in peacetime Britain. But he has also touched many lives, fallen deeply in love, raised a family and survived triumphantly at the limits of human endurance. He carries within him an astonishing family secret that he must share before he dies... a story that will mean someone else’s salvation.
Welcome to the moving, heart-warming and uncommon life of Alfred Warner.
What did I think about it..
Alfred Warner travels from his mediocre care home in England, to Berlin, to meet Brynja the grand-daughter he has never met and does so with an urgency which is appropriate for his great age. For Alfred, aged eighty, frail and in declining health, must set things right before it's too late for Brynja.
That Alfred, no stranger to loss, has had an eventful life is told throughout the book and is revealed in his life story which begins when he is a child, living with his parents and siblings in pre-WW2 Germany. Alfred's story intertwines with some of the most momentous events of the twentieth century, particularly with the rise of conflict in Germany, the devastation which affected his family, and the irrevocable way that Alfred's life, due to the pressures of circumstance, started to evolve and change.
I liked Alfred from the very start of the novel, he is an interesting narrator and recounts his life story with energy and determination. And then, there's Brynja who has more than enough demons of her own to work through, she was an fascinating addition and added a poignant dimension to the overall effect of the story. The third fascinating narrator in this trio of story tellers is Julia, a kind hearted woman who is fated to connect with Alfred in the last six days of his uncommon life, and who gets drawn into the final threads of his story.
The author writes with sensitivity about some difficult subjects, loss, mental health issues, prejudice  and sadness but does so with empathy and compassion. The Uncommon Life of Alfred Warner in Six Days is a story which looks at the challenges of living beyond the scope of endurance and how, even through loss and tragedy, our heroes, Alfred and Brynja, emerge to deliver a rich and fulfilling legacy.
About the Author 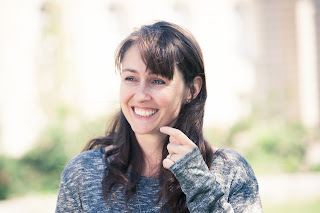 Juliet Conlin was born in London and grew up in England and Germany. She has an MA in Creative Writing from Lancaster University and a PhD in Psychology from the University of Durham. She works as a writer and translator and lives with her family in Berlin. Her novels include The Fractured Man (Cargo, 2013), The Uncommon Life of Alfred Warner in Six Days (Black & White, 2017), The Lives Before Us (Black & White, 2019).
Twitter @JulietConlin #TheUncommonLifOfAlfredWarnerInSixDays
@bwpublishing @lovebooksgroup #lovebooksgroup
Amazon UK 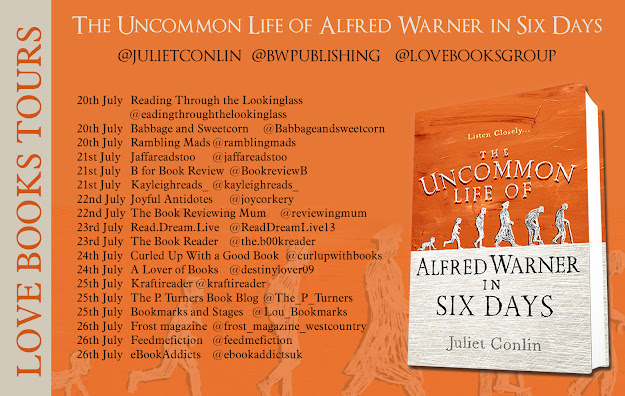