An ordinary woman. A book of recipes. The perfect cover for spying...

Sent to Germany in the chaotic aftermath of World War II, Edith Graham is finally getting the chance to do her bit. Having taught at a girls’ school during the conflict, she leaps at the opportunity to escape an ordinary life – but Edith is not everything she seems to be.
Under the guise of her innocent cover story, Edith has been recruited to root out Nazis who are trying to escape prosecution. Secretly, she is sending coding messages back to the UK, hidden inside innocuous recipes sent to a friend – after all, who would expect notes on sauerkraut to contain the clues that would crack a criminal underground network?
But the closer she gets to the truth, the muddier the line becomes between good and evil. In a dangerous world of shifting loyalties, when the enemy wears the face of a friend, who do you trust?
What did I think about it..
In the aftermath of World War Two Germany is a place of many secrets, as so many of those individuals who perpetrated heinous war crimes are at liberty to make good their escape, and yet there are those who would see them brought to justice. Edith Graham has been a languages teacher in an English girls' school for the duration of the war but she strives to leave behind her mundane life caring for her mother and do more to help the post-war effort. With her ability to speak fluent German she is recruited to work for the British Control Commission in Germany ostensibly to help maintain the education of children, however, Edith gets drawn deeper into far more dangerous espionage territory.
There is a tremendous feeling of unease throughout the story and the author has succeeded in bringing the rather dark and dangerous atmosphere alive. There is certainly danger all round Edith as she tries to do whatever it takes to succeed in her mission and whether she is actually going to succeed in the clandestine world of espionage forms the crux of the story. The characters who support Edith are an fascinating bunch, I was especially intrigued by Aveline, the American journalist, and also Dori, whose glamour and lively personality brought such comfort to Edith. I also loved the inclusion of all the different recipes at the start of each chapter which fit so comfortably with the title of the book as cookery recipes play quite a vital role in the story.
The author writes very well and with extensive research brings such a wonderful authentic feel to the story. I recall my mother reminiscing about 1940s L'Heure Bleu perfume and Marcel Rochas lipstick, but it's not just the fashion of the time which feels so beautifully realistic,  it's also in the description of all those German towns which suffered so badly from allied bombardment during the war.
Setting the story in 1946 brings a real sense of desperation and the utter despair of a country who seem to have very little hope for the future. And as Edith gets drawn further and further into a dangerous  investigation, so the story starts to gain momentum and becomes a really engrossing read.
Miss Graham’s Cold War Cookbook is a beautifully written WW2 espionage saga which is made all the more poignant by being set in post war Germany.
About the  Author 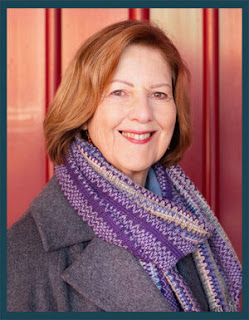 Celia Rees was born in Solihull, West Midlands, UK. She studied History and Politics at Warwick University and has a master’s degree from Birmingham University. She taught English in city comprehensive schools for seventeen years before beginning her writing career. She is the author of over twenty acclaimed books for young adults and has won various prizes both in Britain and abroad. Her work has been translated into twenty-eight languages. Celia lives in Leamington Spa, Warwickshire, with her husband. Miss Graham’s Cold War Cookbook is her first adult novel.
Twitter @CeliaRees #MissGrahamsCookBook
@HarperFiction
@RandomTTours