Jaffareadstoo is excited to host today's stop on this blog tour

The youngest daughter of Oliver Cromwell, eighteen-year-old Frances is finding her place at England's new centre of power.

Following the turmoil of Civil War, a fragile sense of stability has returned to the country. Her father has risen to the unprecedented position of Lord Protector of the Commonwealth, and Frances has found herself transported from her humble childhood home to the sumptuous palaces of Hampton Court and Whitehall, where she dreams of a love match that must surely be found at court.

But after an assassination attempt on the Cromwell family, Frances realises the precarious danger of her position - and when her father is officially offered the crown, Frances's fate suddenly assumes diplomatic and dynastic importance.

Will she become a political pawn, or can Frances use her new status to seize control and further her own ambitions?

I've a vague notion of Oliver Cromwell as a stern and rather bluff figure who accepted his role as Protectorate with a rather grumpy sort of grace and who, with Puritanical zeal, cancelled Christmas, closed down theatres and forced everyone to wear monochrome.

Reading The Puritan Princess, fiction based on fact, brought the Cromwells into sharp focus and showed a family who were taken out of their rural comfort zone and transplanted into the opulent trappings of, to all intents and purposes, undeniable monarchy, even to being addressed by their Whitehall courtiers as 'your highness'. I discovered such a lot about life at the Cromwellian Court and not just that Cromwell wasn't really grumpy but rather that he was a considered and pragmatic statesman, who, regardless of his grisly fate, left England in a better state than when he found it.

However, whilst Cromwell as a ruler is fascinating, this interesting historical account focuses on eighteen-year old Frances Cromwell, the youngest of Cromwell's brood of children. Frances, the eponymous puritan princess, is an interesting character and watching how she progresses, from ingénue to accomplished young woman, is made all the more interesting by the author's skill in bringing both Frances and court life alive in the imagination. Throughout the story there is both danger and intrigue, in fact, everything you would expect from living life at court and yet, there is also an aching vulnerability, as Frances and the family learn to cope with complicated politics and the ever present threat of danger.

It's been such a treat to read this story about the Cromwells and whilst there's an inevitability about what happens, as we know the outcome for the country after Cromwell's death, it has been really lovely to find out more about the family, and in particular Frances and Mary, two siblings who had such a strong bond. The author writes well and using her extensive knowledge of this period brings together a novel which is both authentic and beautifully researched. A little bit slow at the beginning but once the place, people and history start to become settled in the imagination so the whole story starts to comes alive.

The Puritan Princess is a fascinating fictional account of court and family life during one of the more turbulent periods in our history. I look forward to seeing what this talented author does next. 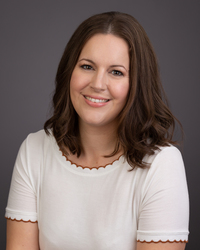 Miranda is a writer and historian specialising in the history of Oliver Cromwell, his family and the politics of the Interregnum period following the Civil Wars. She studied at Cambridge University, leaving with a PhD, and continues to speak at conferences and publish journal articles and book reviews. She is also a Trustee of the Cromwell Association. Alongside this, Miranda works as a commercial solicitor in the City and began writing historical novels on maternity leave. She lives in Hampshire with her husband, young son and cat, Keats. The Puritan Princess is her debut novel. 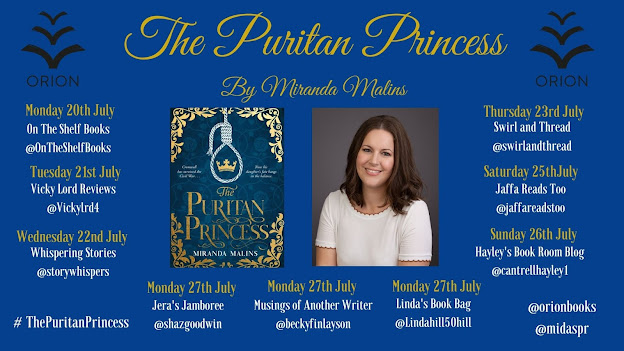