Blog Tour ~ The Rebel Heiress and the Knight by Melissa Oliver

Jaffareadstoo is delighted to host one of today's blog tour stops


She must marry the knight

By order of the king!

Widow Eleanor of Tallany Castle knows her people are broken by the taxes demanded by King John.So when she’s ordered to marry Hugh de Villiers, a knight loyal to the king, she’s furious even if he is handsome! As gallant Hugh begins to heal the scars of Eleanor’s abusive first marriage, she’s even more determined to keep her secret: she is the outlaw he king wants to send to the gallows!

Widow, Eleanor of Tallany, is expected to marry, and must accept whoever King John decides is to be her new husband. When she is ordered to marry the King’s man, Hugh de Villiers, Eleanor is determined, despite his handsome good looks, not to fall for his charm, as not only is Eleanor scarred by her previous abusive marriage, she is also guarding a deadly secret which, if discovered, could send her to her death.

The Rebel Heiress and the Knight a lively medieval romantic adventure which has everything I would expect from this genre. There is action aplenty, which combined with secrets and betrayal, offers more than enough thrills and spills to keep you entertained. I especially enjoyed watching how the relationship between Eleanor and her new husband played out within the wider scope of the story. Of course, there’s mystery involved, and more than a hint of danger, as Eleanor desperately tries to keep herself, her people, and her secret safe, but there’s also a delicious frisson of attraction between Eleanor and Hugh, which adds an abundance of sizzling sensuality to the story.

The Rebel Heiress and the Knight combines an authentic blend of history, danger and romance between a feisty and beautiful heroine, and a gallant and handsome hero ❤ 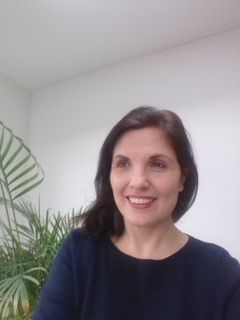 Growing up in Richmond Upon Thames, Melissa Oliver used to walk past the old Mills and Boon offices as a teen, and wistfully sigh that one day her dream of writing for them will comet rue. Amazingly, after all these years, it finally has...& now she can bring all those stories out onto the pages of her books. Melissa lives in southwest London with her gorgeous husband and equally gorgeous daughters, who share her passion for castles, palaces and all things historical.