Book Review ~ The Graves of Whitechapel by Claire Evans ☼


In the gripping new novel by the author of The Fourteenth Letter, a lawyer in Victorian London must find a man he got off a murder charge - and who seems to have killed again . . .

Victorian London, 1882. Five years ago, crusading lawyer Cage Lackmann successfully defended Moses Pickering against a charge of murder. Now, a body is found bearing all the disturbing hallmarks of that victim - and Pickering is missing. Did Cage free a brutal murderer?

Cage's reputation is in tatters, and worse, he is implicated in this new murder by the bitter detective who led the first failed case. Left with no other alternative, Cage must find Pickering to prove his innocence.

His increasingly desperate search takes him back to the past, to a woman he never thought to see again, and down into a warren of lies and betrayals concealed beneath Holland Park mansions and the mean streets of Whitechapel - where a murderer, heartbreak and revenge lie in wait.

The story opens with lawyer, Cage Lackmann in a somewhat precarious position as it would seem that, in his role defending the thieves and vagabonds who call the dark streets of Whitechapel home, he has made some deadly enemies. Trying to prove his innocence will be the challenge of a lifetime and before the story is done Cage will have to confront the dark secrets in his own chequered past.

I've really enjoyed spending time in Victorian London with this enigmatic lawyer. Cage is a strange and rather unusual man of law as he seems to keep more than one foot on the wrong side. However, when Cage gets embroiled in the hunt for a vicious killer whose modus operandi is remarkably similar to a suspect he successfully defended some years past, Cage gets pulled further and further into a mystery of epic proportions.

The author writes with skilful accuracy and certainly knows how to crank up the tension whilst at the same time keeping the historical accuracy completely authentic. The Victorian underbelly of society comes gloriously alive, whether it be festering in the deep bowels of Newgate prison, lurking in the shadows and alleyways of East London, or languishing in the brothels and molly houses who cater for all manner of tastes and delectation.

The Graves of Whitechapel is a lively historical thriller which has more than enough twists and turns to keep you guessing, I certainly never anticipated what was to come. Whilst this is a stand alone story I would rather hope that the author could bring Cage Lackmann back in another adventure as I am sure that the rather mean and moody streets of Whitechapel in the latter part of the nineteenth century could find Cage once again embroiled in a dark and devious crime investigation. 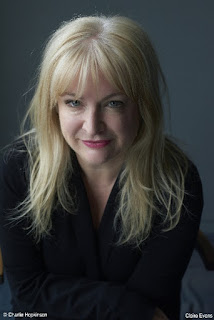 Claire Evans is an established business specialist in the UK television industry. After finishing her law degree, she qualified as an accountant, but realising her mistake quickly ran away to work at the National Theatre before finally landing a job at the BBC. Once there, she rose through the ranks to head up operations and business affairs across the TV commissioning teams. She left the BBC in 2013 to pursue her writing career. Since then she has advised a number of drama and film production companies, most recently working on The Honourable Woman and Doctor Foster. She is also the Chief Operating Officer at Two Brothers Pictures Ltd, the creators of The Missing. 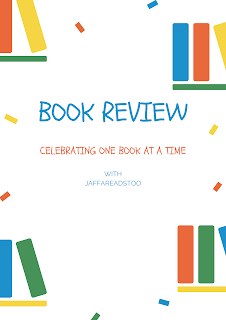 Email ThisBlogThis!Share to TwitterShare to FacebookShare to Pinterest
Labels: Sphere