Blog Tour ~ A Good Match for the Major by Josie Bonham ☼

☼ Thrilled to host a stop on today's Blog Tour ☼
Pride meets prejudice – can love blossom.
Beautiful young widow, Lady Eliza Wyndham, is determined never to remarry after a disastrous first marriage. The undeniable attraction that fizzes between her and Major Nathaniel Overton terrifies her. She rejects his advances.
With his pride badly dented, Nat vows to forget Eliza until he finds her in danger from an old adversary of his army days. His protective instincts are stirred and he steps back into her life, but will Eliza be prepared to accept his help?

What did I think about it...
I do love a good Regency Romance and A Good Match for the Major has all the right ingredients for  a lovely story and it doesn't disappoint.
Lady Eliza Wyndham, recently widowed, has been badly hurt by marriage and is determined not to be enticed into sharing her life with a man again. That is until her disastrous first meeting with the handsome Major who disturbs Eliza's equilibrium in more ways than one. The story has all the excitement of a 'will they, won't they' romance but there is also danger and intrigue as Eliza's beauty and poise attracts the attention of some very unworthy suitors.
The story is nicely told and I found that I warmed to Lady Eliza immediately, she is feisty and determined, and yet, there is also a vulnerable side to her which is made all the more poignant when placed alongside her burgeoning relationship with Major Nathaniel Overton. All Regency romances need a dashing hero and Nat Overton is a wonderful leading man. He has the charismatic good looks and stern good humour needed to take on this starring role, but there is also a softer side to his personality which the author shows very well.
I always feel a bit guilty when I say I read the book in one sitting considering the many months it has taken the author to write it, but the story held my attention from start to finish and I really didn't want to put the story away until I saw just how everything would work out for Lady Eliza Wyndham and Major Nathaniel Overton.
A Good Match for the Major is a lovely story which feels beautifully authentic, and all credit to the author for making this, her debut novel, into such a cracking good read. I'm already looking forward to the other novels in The Reluctant Bride series of historical novels.
About the Author 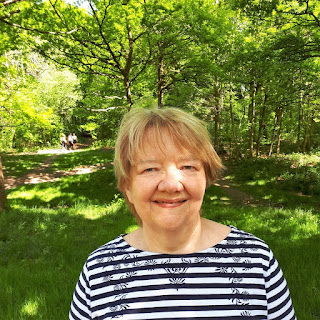 Josie lives in the English midlands, surrounded by towns full of history such as Evesham, Stratford-Upon-Avon, Warwick and Worcester. Which is perhaps why her favourite reads are historical. Out of all the periods to choose from the Regency Era stirs her imagination the most. The true Regency lasted from 1811 until 1820 but dates as wide as 1789 to 1837 have been included in the extended Regency period. For Josie the true flavour of this period emerges after the iniquitous hair powder tax of 1795, unsurprisingly, scuppered the fashion for hair powder almost overnight. Josie has always dabbled in stories but it took the combined efforts of her sister and eldest niece to set her on the path to writing novels. her Regency romances, with a dash of adventure and intrigue, are the result.
Twitter @BonhamJosie
Website
Facebook 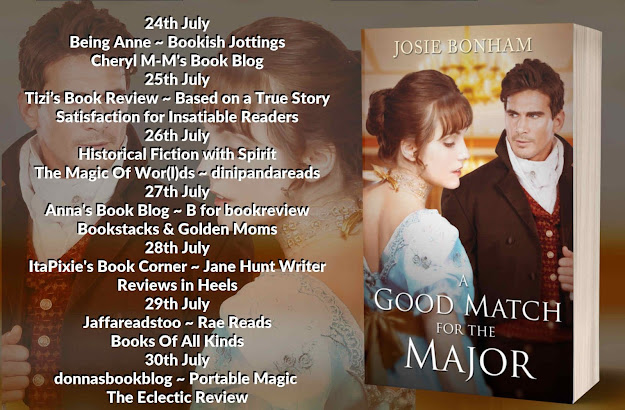