Blog Tour ~ The Light Within Us by Charlotte Betts ☼

☼ Delighted to be part of this Blog Tour☼

Talented painter Edith Fairchild is poised to begin a life of newlywed bliss and artistic creation in the inspiring setting of Spindrift House, freshly inherited by her charming husband, Benedict, and overlooking the stunning harbour of Port Isaac. But when her honeymoon turns sour, her dreams are all but dashed after a moment of madness and desire she finds herself pregnant with another man’s child.

Edith swears never to tell her secret and devotes herself to her art. Joined at Spindrift House by her friends – Clarissa, Dora and the secret father of her child, Pascal – together they turn the house into a budding artists’ community. But despite their dreams of an idyllic way of life creating beauty by the sea, it becomes clear that all is not perfect within their tight-knit community, and that the weight of their secrets could threaten to tear apart their paradise forever.

Newly weds, Edith Fairchild, and her handsome husband, Benedict, have everything in life ahead of them, both are talented artists, and they plan to start their married life together at Spindrift House in Port Isaac in Cornwall. However, on their honeymoon in France, cracks start to appear in their relationship which doesn't bode well for a happy life together.

What then follows is a delightful historical saga which is so beautifully woven together that from the very start I was enchanted, not just with the idyllic Cornish setting, but also with the way the author so cleverly weaves a story which spans several years in the intriguing life of those characters who get to call Spindrift House their home.

The Light Within Us is an intriguing story as it focuses not just on Edith and Benedict's complicated life together but it also allows a glimpse into what limitations were placed on women in the latter part of the nineteenth century. Many times I found that I was gritting my teeth at the injustice of life for Edith and her friends, Clarissa and Dora, as they all have their share of burdens. In many ways it's a story about marriage and motherhood and the complications of each, but its also about the glory of art and the tensions and insecurities faced by artists, who never think that their work is up to standard,

I raced through The Light Within Us very quickly as it's one of those stories which, very easily, takes you into itself and wraps around you so comfortably that you eat and breathe with the characters as they go about their lives. It must be said that some characters I liked more than others and there's one in particular who I could have easily seen the back of very quickly!

Beautifully written from first page to last, The Light Within Us, captured both my heart and my imagination as it was a really lovely story to read. It is also the first book in a proposed Spindrift trilogy and I feel that there is so much more to come as the saga progresses. I'm really looking forward to discovering what happens next for Edith, and her friends, at Spindrift House. 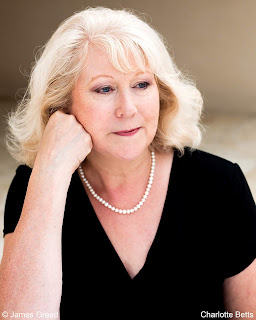 Charlotte Betts began her working life as a fashion designer in London. A career followed in interior design, property management and lettings. Always a bookworm, Charlotte discovered her passion for writing after her three children and two step-children had grown up. The Apothecary’s Daughter was her debut novel and won the YouWriteOn Book of the Year in 2010, the Romantic Novelists’ Association Joan Hessayon Award for New Writers in 2011 and the RoNA’s Historical Category award for 2013. The sequel, The Painter’s Apprentice was published in 2012 and shortlisted for the Festival of Romance’s Best Historical Read Award in 2012. 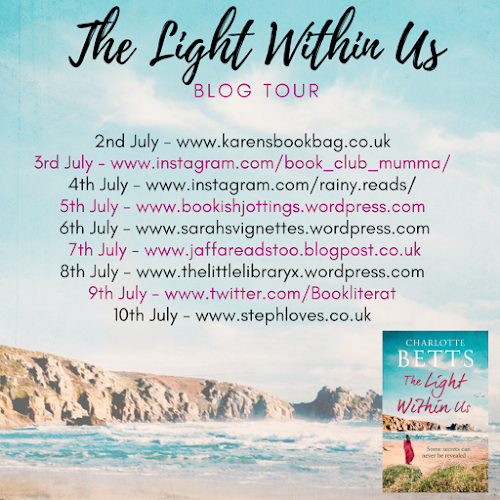