Author in the Spotlight ~ Jane Davis


I'm delighted to welcome back, Jane Davis to talk about her new novel 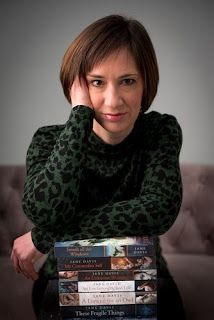 Welcome, Jane. Can you tell us about the inspiration behind your new novel At the Stroke of Nine O’Clock?

It’s the result of a long-held fascination with one woman. I first became aware of Ruth Ellis as a teenager. What drew me to her story may well have been morbid fascination. After all, Ruth was that rarity: a female killer. ‘Six revolver shots shattered the Easter Sunday calm of Hampstead and a beautiful platinum blonde stood with her back to the wall. In her hand was a revolver…’ I was hooked by the story of the blonde hostess, who took a gun, tracked her errant racing-boy lover down to a public house in Hampstead, shot him in cold blood, then calmly asked a bystander to call the police. Not only this. She was also the last woman in Great Britain to be hanged.

The project really began with a televised documentary about the actress Ingrid Bergman. Left wanting more, I ordered her autobiography and a biography (I always go to at least two sources if I can). By coincidence rather than design, I followed this with two other biographies about women who lived through the fifties – and each had an association with or an anecdote to tell about Ruth Ellis. It seemed to me that I had stumbled on something. Ruth Ellis was a complicated, controversial and divisive character, but everyone had an opinion about her.

How does At the Stroke of Nine O’Clock fit in with your other books and how does it differ?

After what was my most contemporary offering to date (Smash all the Windows) I’ve stepped back in time to 1950s Britain, into one of London’s afternoon drinking clubs. Few other places offered the opportunity for ex-servicemen and bored businessmen to rub shoulders with a roll-call of royalty, politicians, intellectuals, journalists, celebrities and gangsters. It seemed the ideal venue for my three main characters to meet.

The book has some elements my beta readers said they recognised from my other novels. We have multiple points of view, for example. It was only yesterday when answering a question about the book that I realised, although this is a very different book to Smash all the Windows, my approach to my subject-matter was the same. Smash all the Windows came about as my reaction to the result of second inquest to the Hillsborough Disaster. I was incredibly wary of writing about such recent history. You have to tread so carefully if relatives of victims are still alive. I asked myself, what could I add to the range of material that had already been produced? If a fictional account would be welcome? And what right did I have to tell the story? My decision was to create a fictional disaster to explore the issues faced by the Hillsborough families.

I had similar concerns about writing Ruth Ellis’s story. Instead of writing the book from Ruth’s perspective, I created three very different women and had them encounter some of the same struggles that Ruth encountered, so that when they learned of her fate, each would have their own reason to say, ‘There but for the grace of God.’

Tell us a little about your characters.

My character whose trajectory most closely follows Ruth’s is seventeen-year-old Caroline Wilby. Like most working-class daughters, she’s expected to help support her family. For her this means leaving her family and everything she knows behind. Alone in a strange city, she must grab any opportunity that comes her way, even if that means putting herself in danger. She’s our direct route into the world of afternoon drinking clubs, where hostesses must use their powers of persuasion and feminine wiles to part male customers from their money.

Then we have star of the silver screen Ursula Delancy, who we meet when she’s just been abandoned by the man she left her husband for. Already hounded by the press, she’s soon making headlines for all the wrong reasons. Like Ruth, Ursula is pre-judged by those who think they know her simply because they’ve read about her in the press. And, like Ruth, Ursula appreciates all too keenly that it’s impossible to tell your side of a story without hurting those you love.

Making up the trio is Patrice Hawtree, a duchess, who was among the most photographed debutantes of her generation. In middle age she finds herself childless and trapped in a loveless marriage, and her plans to secure the future of her ancient family home are about to be jeopardised by her husband's gambling addiction.

Although the three don’t actually suffer Ruth’s fate, lied to and exploited by men, each finds a way to fight back. But this is the fifties. Defy others’ expectations of them, and they must pay the price society demands.

The cover is very striking. What was the idea behind the image?

I asked my designer to come up with a contemporary take on a fifties film poster. I think he nailed it!

One of the unspoken questions you ask in the book is whether women get a fair deal in the criminal justice system.

The traditional female role is nurturer, not killer. When women kill, their victims are usually people they have close relationships with, and their reasons for killing are very different from their male counterparts. Either they feel threatened in some way, perhaps physically, or because they fear they’re about to be abandoned. Or they kill as an act of mercy. This might be out of the belief that a child would be better off dead than alive, or they intend to kill themselves and don’t think that their child will be able to survive alone.

When Ruth Ellis’s case was brought before the court of appeal in 2003. The conclusion reached was that Ruth Ellis was judged by the law as it stood at the time, and that may be true, but shouts of ‘common tart’ were heard as she entered court number one at the Old Bailey. The judge found it necessary to repeatedly tell to the jury not to concern themselves with adultery or sexual misconduct; that Ruth Ellis was not being tried for immorality but for murder; that they shouldn’t allow their judgement to be swayed or their minds prejudiced in the least degree because, by her own admission, Mrs Ellis was a married woman when she committed adultery, or because she was having affairs with two different lovers. It’s impossible to imagine similar comments being made had a man been on the stand. And so it does seem that women are judged by different standards. Dual standards. And the further a woman steps away from the traditional nurturer, the harsher that judgement is.

Speaking in 2019 about the case of Sally Challen (Sally murdered her husband of over 30), human rights lawyer Harriet Wistrich said, “The law doesn’t work well for women in relation to issues of violence. If a woman fights back, they are often punished more severely than a man that’s violent.” It’s often argued that had the partial defence of diminished responsibility been available in 1955, Ruth Ellis would have been convicted of manslaughter rather than murder, but Sally’s case shows us that this outcome wouldn’t have been guaranteed. As at Ruth’s trial, the full story didn’t come out in court. Aware that their sister had suffered at her husband’s hands, Sally’s brothers challenged her defence team why the matter of their brother-in-law’s behaviour wasn’t raised. They were told, ‘Speaking ill of the dead doesn’t go down well will the jury’, a sentiment echoed by the Crown Prosecution Service’s representative: ‘It’s not Mr Challen who’s on trial. The fact that someone was incredibly cruel and abusive towards their partner is not on its own a defence to murder.’

London 1949. The lives of three very different women are about to collide.

Like most working-class daughters, Caroline Wilby is expected to help support her family. Alone in a strange city, she must grab any opportunity that comes her way. Even if that means putting herself in danger.

Star of the silver screen, Ursula Delancy, has just been abandoned by the man she left her husband for. Already hounded by the press, it won’t be long before she’s making headlines for all the wrong reasons.

Patrice Hawtree was once the most photographed debutante of her generation. Now childless and trapped in a loveless marriage, her plans to secure the future of her ancient family home are about to be jeopardised by her husband's gambling addiction.

Each believes she has already lost in life, not knowing how far she still has to fall.

Six years later, one cause will unite them: when a young woman commits a crime of passion and is condemned to hang, remaining silent isn’t an option.

“Why do I feel an affinity with Ruth Ellis? I know how certain facts can be presented in such a way that there is no way to defend yourself. Not without hurting those you love.”

Hailed by The Bookseller as ‘One to Watch’, Jane Davis is the author of nine thought-provoking novels.

Jane spent her twenties and the first part of her thirties chasing promotions at work, but when she achieved what she’d set out to do, she discovered that it wasn’t what she wanted after all. It was then that she turned to writing.

Her debut, Half-truths & White Lies, won the Daily Mail First Novel Award 2008. Of her subsequent three novels, Compulsion Reads wrote, ‘Davis is a phenomenal writer, whose ability to create well-rounded characters that are easy to relate to feels effortless’. Her 2015 novel, An Unknown Woman, was Writing Magazine’s Self-published Book of the Year 2016 and has been shortlisted for two further awards. Smash all the Windows was the inaugural winner of the Selfies (best independently-published work of fiction) award 2019. 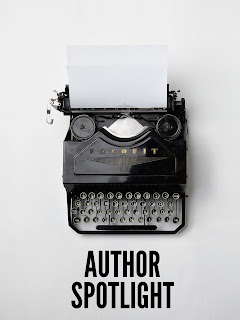