Blog Tour ~ The Half Sister by Sandie Jones ☼

☼ Delighted to host today's opening stop on this Blog Tour ☼
Her arrival will ruin everything
Kate and Lauren. Sisters who are always there for each other. But as they gather for their weekly Sunday lunch, a knock on the door changes everything.
The new arrival, Jess, claims to be their half-sister, but that would mean the unthinkable . . . That she’s the secret daughter of their beloved, recently deceased father Harry. Their mother Rose is devastated and Kate and Lauren refuse to believe Jess’s lies.
But as the fall-out starts it’s clear that each is hiding secrets and that perhaps this family isn’t as perfect as they appear.
Where there was truth, now there are lies and only one thing is certain, their half-sister’s arrival has ruined everything..
What did I think about it..
When an unexpected visitor arrives at their mother's house announcing that she is their half sister - a half sister they didn't know existed - life will never be the same again for Kate and Lauren as this shocking discovery unleashes family secrets which they never could have imagined. Both Lauren and Kate are leading their own independent lives and yet, even they are hiding secrets which combined with the discovery of this new half sister, threatens to blow their lives apart.
The story is pacy and flows well and I thoroughly enjoyed getting to know all of the characters, especially Lauren and Kate's mother, Rose who is equally as shocked by the unexpected arrival of Jess, the half sister. The story twists and turns, sometimes from the point of view of Lauren, whilst at other times Kate takes centre stage but throughout it all it's Jess, the half sister, who has the power to bring the whole of their lives tumbling down.
The Half Sister is a complex family drama which has enough elements of surprise to keep you guessing as just when I thought I had the story figured out the whole thing would veer off into another entirely new and unexpected direction.
Secrets, lies, sibling rivalry and marital infidelity, this family drama has all the right ingredients to keep you guessing right until the end.
About the Author 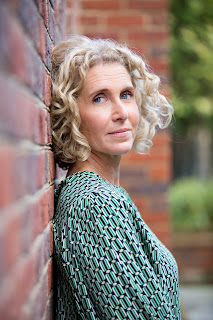 Sandie Jones has worked as a freelance journalist for over twenty years, and has written for publications including the Sunday Times, Woman’s Weekly and the Daily Mail. She lives in London with her husband and three children.
Twitter @realsandiejones #TheHalfSister
@panmacmillan 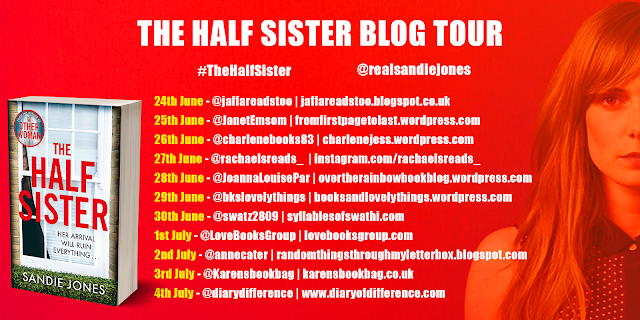