Let's go back to... Restoration England


Abandoned pregnant and penniless on the teeming streets of London, 16-year-old Amber St. Clare manages, by using her wits, beauty, and courage, to climb to the highest position a woman could achieve in Restoration England—that of favorite mistress of the Merry Monarch, Charles II. From whores and highwaymen to courtiers and noblemen, from events such as the Great Plague and the Fire of London to the intimate passions of ordinary—and extraordinary—men and women, Amber experiences it all. But throughout her trials and escapades, she remains, in her heart, true to the one man she really loves, the one man she can never have.

Frequently compared to Gone with the Wind, Forever Amber is the other great historical romance, outselling every other American novel of the 1940s—despite being banned in Boston for its sheer sexiness. A book to read and reread, this edition brings back to print an unforgettable romance and a timeless masterpiece.

Forever Amber was one of my mother's favourite historical romances and I remember being thrilled when she let me read her copy of the novel when I was about 15. I think this is the pivotal novel which fostered my love of historical fiction, and even though it has been several years since I last read it, revisiting the story was akin to catching up with an old friend.

The story is huge, nearly 1000 pages, and follows the fortunes of the rather beautiful Amber St Clare as she embarks on a glorious hedonistic adventure, which takes her from a sleepy English village to the lively, and pleasure, seeking court of King Charles II. At times, penniless and destitute, whilst at others dazzlingly rich, Amber embodies all that was both tawdry, and yet splendid, about the Restoration period, and Forever Amber certainly covers everything in glorious detail.

The story meanders slowly and if anything seems slightly dated now with its sexual content hinted at rather than described in sensuous detail, and yet, when it was first published in 1944, the book was banned in many countries because of Amber's loose morals and the story's rather risqué content.

This time around I chose to listen to the Audible recording which, at 42 hours and 11 minutes, takes a fair amount of commitment.  However, the story is beautifully narrated by Elizabeth Jasicki who brings the story to life, I think I will forever have her voice as Amber St Clare in my head.

Seventy-Six years after its original publication, Forever Amber has sold millions of copies world wide and still remains in print. It was also made into a mediocre film in 1945 by 20th Century Fox with Linda Darnell and Cornell Wilde as Amber St Clare and Bruce Carlton.

Kathleen Winsor was raised in Berkeley, California. At the age of 18, Winsor made a list of her goals for life. Among those was her hope to write a best-selling novel. Winsor graduated in 1938 from the University of California, Berkeley. During her school years, she married a fellow student, All-American college football player Robert Herwig. In 1937, she began writing a thrice-weekly sports column for the Oakland Tribune. Although that job only lasted a year, Winsor later returned to the newspaper to work as a receptionist. She was fired in 1938 when the newspaper chose to trim their workforce.

Kathleen Winsor became interested in the Restoration period through her husband. Herwig was writing a paper for school on Charles II, and, out of boredom, Winsor read one of his research books. 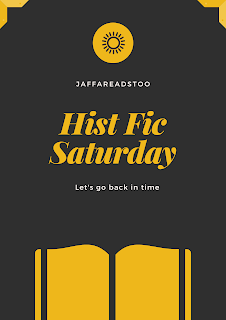