‘It was a beautiful, breezy, yellow-and-green afternoon…’
This is the way Abby Whitshank always begins the story of how she and Red fell in love that summer’s day in 1959. The whole family on the porch, half-listening as their mother tells the same tale they have heard so many times before.
From that porch we spool back through the generations, witnessing the events, secrets and unguarded moments that have come to define the family. From Red’s father and mother, newly arrived in Baltimore in the 1920s, to Abby and Red’s grandchildren carrying the family legacy boisterously into the twenty-first century – four generations of Whitshanks, their lives unfolding in and around the sprawling, lovingly worn Baltimore house that has always been their home…
What did I think about it..
The Whitshank family have lived in their Baltimore home for generations. We learn how, in 1926, Junior and Linnie Mae Whitshank came to be the first owners of the house on Bouton Road, and how in 2012, Abby and Red Whitshank are the current owners, nurturing their family in a quiet, unassuming way. The emphasis on what is happening to Red and Abby in the here in now seems to be the main focus of the story, and their, at times, complicated relationship with their four children, some who bring nothing but worry, whilst others are caring and thoughtful.
So typical of the author's skill at making the mundane interesting, A Spool of Blue Thread, is a family saga where nothing really seems to happen, and yet, making no apologies for its gentleness, the story meanders skilfully along, entirely at its own pace.
I read A Spool of Blue Thread over the space of a couple of afternoons. It's quiet, self effacing, gently lyrical, and  an interesting read for a summer afternoon.
About the Author
Anne Tyler was born in Minneapolis, Minnesota, in 1941 and grew up in Raleigh, North Carolina. She graduated at nineteen from Duke University and went on to do graduate work in Russian studies at Columbia University. She has published several novels, her debut novel being If Morning Ever Comes in (1964). Her eleventh novel, Breathing Lessons, was awarded the Pulitzer Prize in 1988. She is a member of the American Academy of Arts and Letters.
Website 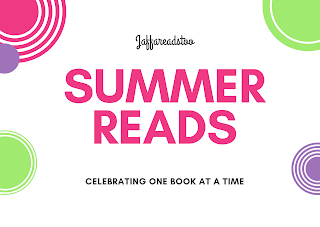