Two women, a world apart.
A secret waiting to be discovered…

As victory bells ring out across the country, war bride Ellie Burgess’ happiness is overshadowed by grief. Her charismatic Newfoundlander husband Thomas is still missing in action.

Until a letter arrives explaining Thomas is back at home on the other side of the Atlantic recovering from his injuries.

Travelling to a distant country to live with a man she barely knows is the bravest thing Ellie has ever had to do. But nothing can prepare her for the harsh realities of her new home…

Sophie Parry is on a plane to New York on the most tragic day in the city’s history. While the world watches the news in horror, Sophie’s flight is rerouted to a tiny town in Newfoundland and she is forced to seek refuge with her estranged aunt Ellie.

Determined to discover what it was that forced her family apart all those years ago, newfound secrets may change her life forever..

This split dual time narrative moves forwards and backwards in time in a family drama which sweeps between the story of Ellie in 1945, and Sophie in both 2001 and 2011.

Ellie's story is much about her relationship with her sister, Dottie, and the two men who were to have such an effect on the rest of her life. Moving between England and Newfoundland, I found Ellie's story to be such an interesting account of the dilemma's faced by women when their menfolk were away fighting in the war. The reasons for her move to Newfoundland were particularly interesting.

Sophie's story is very much that of a modern, young woman, with huge career choices ahead of her, and the realisation that, if you work hard enough, you can have everything, but at what cost?

The story is well written, although it took me a while to get used to the three different time frames but once I had each of the main characters in my imagination, I found that the story became much more interesting. I really enjoyed spending time in the remote Newfoundland community of Tippy's Tickle, what a glorious place name, which is, for me, where the story came alive. The author describes everything so well that I felt like I had stepped ashore and mingled with the townsfolk as they went about their daily lives.

The English Wife is a nicely written family saga which takes us on an intricate and complex journey through a whole host of family secrets. 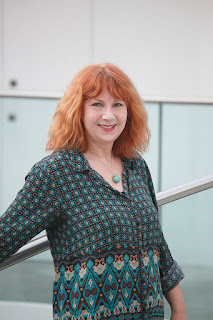 Adrienne Chinn was born in Grand Falls, Newfoundland, grew up in Quebec, and eventually made her way to London, England after a career as a journalist. In England she worked as a TV and film researcher before embarking on a career as an interior designer, lecturer, and writer. When not up a ladder or at the computer, she can usually be found rummaging through flea markets or haggling in the Marrakech souk. Her second novel, The English Wife--a timeslip story set in World War II England and contemporary Newfoundland--is published in June 2020. Her debut novel, The Lost Letter from Morocco, was published by Avon Books UK in 2019. She is currently writing her third novel, The Photographer's Daughters, the first of a 3-book series, to be published in 2021. 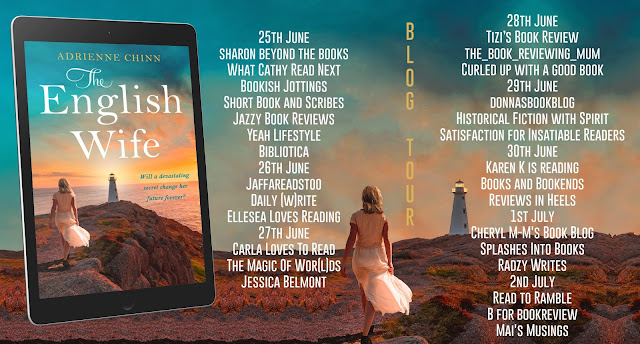