☼ Happy Publication Day ☼
My thanks to the publishers for my copy of this book
Based on an incredible true story, The Phone Box at the Edge of the World, set in Japan, introduces us to Yui, a woman who has lost her mother and daughter in the tsunami and wonders how she will carry on. Struggling to come to terms with her grief, she hears a story about a man who has an old disused telephone box in his garden. There, those who have lost loved ones find the strength to speak to them and begin to come to terms with their grief. As news of the phone box spreads, people travel there from miles around. Soon Yui makes a pilgrimage to the phone box, too. But once there she cannot bring herself to speak into the receiver. Then she finds Takeshi, a bereaved husband whose own daughter has stopped talking in the wake of their loss.
What happens next will warm your heart, even when it feels as though it is breaking... 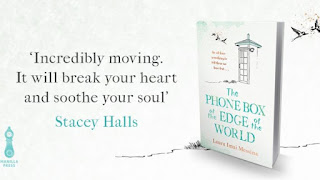 What did I think about it..
Following the devastating Tsunami which hit the north-east of Japan in March 2011 thousands of people were left grieving for their lost loved ones. This tragedy, although mourned in privacy, left its mark. Struggling with grief, some of those who were left behind embarked on a pilgrimage to The Phone Box at the Edge of the World, a place of safety where they could talk to their loved ones on an old, disused telephone.
At the start of The Phone Box at the Edge of the World we are introduced to Yui, a woman who has lost both her mother and daughter in the tsunami, and also to Takeshi, a bereaved husband, who, after the death of his wife, is struggling to care for his small daughter. After hearing about the phone box, these two damaged souls find what comfort they can in their regular pilgrimages, and whilst neither Yui nor Takeshi had met before they soon find that their shared exploration of grief is far better than coping alone.
What we discover is that visiting the phone box allows a brief respite in the daily struggle against loss and despair, and the poignant messages, and heartfelt conversations, which people have with their deceased, or missing loved ones, is so very special. Witnessing the pain of devastating loss reminds us that it's not just the important things you want to share with those who have gone, it's all the little things which make up the minutiae of daily lives which become such precious gifts.
Whilst this story is very much fiction there is, within the fabric of its pages, the very essence of all those pilgrims who make their own sad and special journeys to the telephone box at the end of the world, and in this beautiful story, both Yui and Takeshi encapsulate so many stories, which are, in effect, so similar to their own.
Beautifully written and filled with delicate and poignant detail The Phone Box at the Edge of the World takes you on a heartwarming and heart wrenching journey into the wilderness of bereavement and loss, and yet, throughout the story, there is always a tiny flicker of hope, and an overwhelming longing to keep those we have lost close to our hearts ❤
About the Author 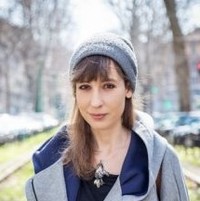 Laura Imai Messina has been living in Japan for the last 15 years and works between Tokyo and Kamakura, where she lives with her Japanese husband and two children.
She took a Masters in Literature at the International Christian University of Tokyo and a PhD in Comparative Literature at the Tokyo University of Foreign Studies. Her novel The Phone Box at the Edge of the World has been sold in 17 territories.
Twitter @LaImaiMessina #ThePhoneBox
@bonnierbooks_uk
Amazon UK
The Phone Box at the End of the World 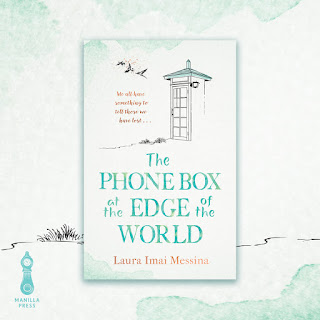