Book Review ~ How to Save a life by S D Robertson

Luke Craven is convinced that the world is against him; his once-happy life hasn't been the same since he lost both of his parents and his wife in quick succession, and his everyday has become more about existing than living.

But he is forced to reconsider his glass-half-empty outlook when he narrowly escapes a freak accident with his life – pushed to safety by a stranger, who isn't so lucky.

Determined to make her sacrifice count for something, Luke resolves to change his ways. And so begins a heart-warming tale of small acts of kindness, saying yes, and generally trying to make the world a better place.

But when Luke's renewed faith is tested, will he return to his miserable old ways?

Something really bad happens at the beginning of the story which changes Luke Craven's life forever, and in a way that's no bad thing as Luke has sort of lost his way and it takes a really tragic set of circumstances to jolt him out of his, let's be honest, rather miserable life.

What then follows is a thought provoking read which has all the trademark characteristics which are so evident in this author's writing. We are skilfully maneuvered through the aftermath of loss and grief and taken on a life-affirming journey which will see Luke challenge himself in many different ways. Over the course of the story, I enjoyed watching how Luke's character went through a metamorphosis which, in a way, reiterated the thought, particularly in these challenging times, that we never really know what's around the corner and should appreciate more what blessings we have.

I must admit that it took me a while to warm to Luke's character he seemed such a cup half empty kind of guy however, by the end of the story I was cheering him on and hoped everything would work out for him. I thought that it was also interesting to have a male protagonist and written from a male perspective by a male author gave the story a different dynamic, which I enjoyed.

How to Save a Life is an interesting story about being kind to oneself and others. 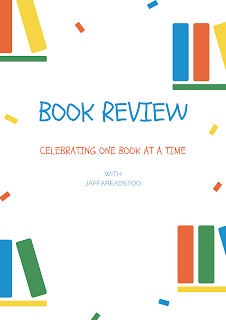