On the surface Castle Kidbury is your average West Country town: a pretty town in a green West Country valley with a penchant for gossip and rumour… and an unusually high body count as a result of a rash of gory murders…

Dr Jess Castle is running away. Again. Only this time she’s running away from her dream and back home, like she swore she never would. But when Jess infiltrates the hippyish cult camped out on the edge of town and manages (not for the first time) to get herself arrested, she gate-crashes the murder investigation of DS Eden, a strictly by-the-book copper. But even Eden has to admit that feisty, intuitive and eccentric Jess has the nose of a detective, and he needs her. As the gory murders pile up, there’s nothing to connect the victims, but the clues are there… if you look hard enough…

Jess Castle arrives back at her family home to discover that all is not well in the village of Castle Kidbury. A murderer, with a grotesque modus orperandi, is on the loose and like others in the village Jess is convinced that the perpetrator is living amongst them. Inadvertently, Jess gets drawn into the investigation which she agrees to help detective, DS Eden who as a local police officer is more used to dealing with petty crime in this sleepy English village than serial killers.

What then follows is an entertaining and intricately plotted murder mystery. It has everything you need in a cosy crime novel, eccentric villagers, links to a shadowy past and more than enough red herrings to keep you guessing right until the end. I enjoyed getting to know the characters, Jess in particular is a feisty and determined heroine, and the hints in the story to something which happened in her past all help to add to her distinct personality. Her burgeoning friendship with local barrister, Rupert Lawson, also adds a light romantic interest and I enjoyed how watching how their relationship played out in within the wider scope of the story.

I liked the style of this author duo, they write well together with a light and easy touch. The story is easy to follow with genuinely funny moments which offset some of the darker aspects of the crime scenes. The characters who pop into and out of the story are an interesting bunch, some I liked more than others, but collectively they all add their own special personalities to this lively story.

Jess Castle and the Eyeballs of Death has everything I want in a cosy crime novel, and is I hope the first in a series of books featuring the intrepid Jess, whose adventures, I am sure,  will keep us well entertained for many books to come. 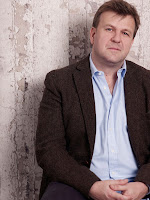 M.B. Vincent is a married couple. Bernadette writes romantic fiction and under her pen name, Juliet Ashton, has received a host of brilliant reviews for her recent novels. Michael is an award-winning songwriter who has composed scores for acclaimed films, including About a Boy and Slumdog Millionaire. They work at opposite ends of the house and they meet in the middle to write about Jess Castle and Castle Kidbury, the West Country’s goriest market town. 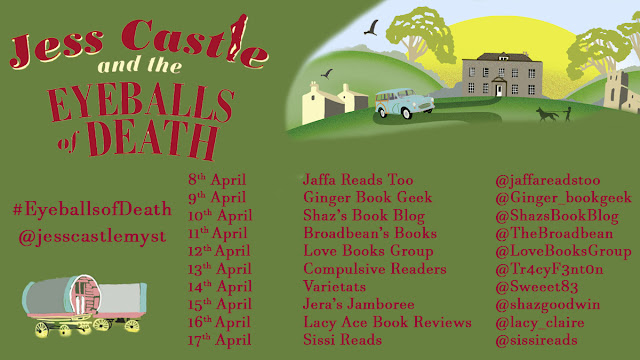