The author in my spotlight is ...Melissa Bailey 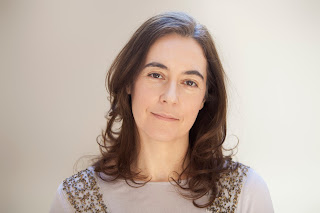 Today she is talking about her latest book


Melissa ~ welcome to Jaffareadstoo and thank you for sharing your thoughts about Beyond the Sea...

Your latest novel Beyond the Sea is set in the Hebrides. How important is location to your writing, and did you visit any of the places you describe so vividly in your novel?
Setting is really important. Before I knew very much at all about the novel, I knew that it would be set in the Hebrides. It’s a wild, remote part of the world with ever changing weather and tides. It seemed to be the perfect location for my protagonist Freya, a woman grieving the loss of her husband and son – a true reflection of her loneliness and turbulent emotional landscape.

I travelled to Mull to research some of the places that are mentioned in the novel. I took the ferry from Oban on the Scottish mainland to Craignure, the same journey that Freya takes in Chapter 1 of the novel. I then drove along the A849 to Fionnphort (the same route that Freya also takes), past towering Ben More and across the desolate glen at its feet. I passed Loch Scridain (the loch that Torin lives beside) and watched the sunshine turn its seawater from slate grey to brilliant blue.

I visited Knockvologan on the south of the island, waited until low tide, and then crossed the exposed white sand beaches of the tidal island of Erraid (the setting for Robert Louis Stevenson’s Kidnapped). I trekked past the now abandoned lighthouse keepers’ cottages and tried to imagine what it would be like to live on a tiny island like this, isolation complete when the sea rolled back in. From there, out in the vastness of the ocean, I caught sight of the ominous lighthouse, Dubh Artach, which gets a few mentions in the novel. I made a later visit to Skye and travelled to Neist Point lighthouse, one of the inspirations for Freya’s lighthouse in the novel. It’s built in an incredibly beautiful but immensely isolated spot.

Beyond the Sea is a story about sadness, secrets and folklore – in your research for the novel; did you discover anything which surprised you?
I found out so many strange things - from accounts of mermaid sightings, to vanishing lighthouse keepers, to the discovery of perfectly preserved objects that had been on the sea bed for nearly 400 years.
I came across a great literary anecdote when I was researching the Corryvreckan, the whirlpool between the islands of Jura and Scarba, which also features in the novel. I discovered that George Orwell (who went to Jura in 1947 to complete the first draft of the novel which would become Nineteen Eighty-Four) once nearly drowned in the whirlpool when he was caught out there in rough seas. He was ultimately stranded with his two friends and his three year old son on Eilean Mor, a skerry south of the whirlpool, when their rowboat capsized on it. They were later rescued by passing lobstermen. I also subsequently found out that Orwell’s one legged brother-in-law, Bill Dunn, was the first person to swim across the Gulf of Corryvreckan! 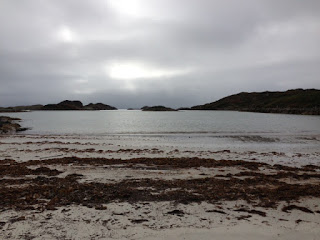 Another thing that surprised me was not only the sheer number of shipwrecks which have occurred in Scotland but as a result the number of lighthouses that were built around the Scottish coast (over 150 by the Stevenson family alone). I read a large number of interviews with lighthouse keepers about the realities of tending the lamp - tales of isolation, depression and the primitive conditions in which they had to live. One account told how the keepers on a tower far out at sea had two buckets for their daily ablutions - one was for washing; the other was their toilet which they emptied by flinging the contents off the top of the tower. So it was important to check the way the wind was blowing before doing so!

Where do you get your inspiration for a story from – are you inspired by people, places or do you draw purely from your imagination?
My books usually start with a single image which has taken root in my mind. In The Medici Mirror it was a darkened mirror. In Beyond the Sea it was a woman, Freya, her hair turned white in grief, standing on a beach, a lighthouse in the near distance behind her.
I then do huge amounts of research to help me find the story. For Beyond the Sea I read lots and lots of books on the Scottish islands - the history, the landscape, the sea, the people. Through this the strands of the novel began to emerge - the historical thread with its soldiers, storms and sea battles; Freya’s emotional and physical journey, the old keeper, Pol telling her stories of when he once worked at her lighthouse, her blind friend, Torin, possessed of the second sight common in the islands, giving her warnings along the way. I read fairy tales – the fabulous ‘Wonder Tales from Scottish Myth and Legend’ by Donald Mackenzie – and stories of magical islands, mermaids and dark Beira, the Queen of Winter began to feed into my story. And slowly but surely it all began to come together.

Beyond the Sea is your second novel, The Medici Mirror, being the first – did you feel more of an obligation to make this second book even better than the first?
Yes, without a doubt. I think every writer feels that way. Ultimately it’s not good to dwell too much on that as it can inhibit you. But you keep working away at it, hoping that you’re making progress, that you’ve learnt a lot from the mistakes you made in the first novel and that your writing is improving. But you never know for sure, so there’s always a large element of hope!

What do you hope readers will take away from your stories?
I hope with Beyond the Sea that readers will come away with a keen sense of place, of the beauty and magic of the Hebrides, and a desire to visit the islands and perhaps the places that are mentioned in the novel. I also hope they’ll be touched by the characters within that landscape, particularly Freya, and come away from the world of the novel with a sense of consolation. Finally, I found the stories from the Hebrides really fascinating - a rich combination of history, myth and fairy tale. I hope readers found them equally interesting and discovered a few things they didn’t know before!

What can we look forward to next?
I’m in the process of writing a third novel. I love dark topics - betrayal and black magic in The Medici Mirror, grief in Beyond the Sea. The next book focusses on madness.


Huge thanks to Melissa for sharing her inspiration so eleoquently. I really feel like I have visited this beautiful part of the world.

My review of Beyond the Sea is here.