Blog Tour ~ Sewing the Shadows Together by Alison Baillie

Sewing the Shadows Together Blog Tour 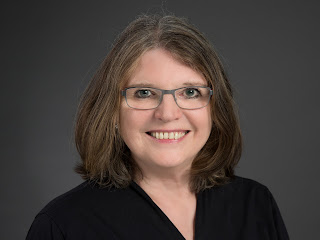 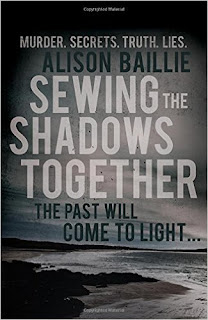 Without giving too much away – what can you tell us about Sewing the Shadows Together ?

It’s a murder mystery showing how the murder of Shona, more than thirty years ago, has affected the lives of her brother Tom and best friend Sarah. When the convicted killer is proved innocent, suspicion falls on family and friends, and dark family secrets are uncovered before the truth finally comes to light.


Whilst you are writing you must live with your characters. How do you feel about them when the book is finished? Are they what you expected them to be?


My characters really came alive for me as I was writing and I could hear their voices. I found myself listening to them as they sometimes directed the plot. I disliked some of them, felt sorry for others and was glad how it turned out for the main characters in the end. They developed their own personalities as I wrote, but mostly they remained true to the idea I had for them at the beginning.

I identify most with Sarah, I suppose because she is about the same age as me. Although we are very different because, fortunately, I have never had to suffer the loss of my best friend, and my family situation is not the same as hers, I can empathise with her desire to do everything she can to keep everybody around her happy.

I had the idea for Sewing the Shadows Together in my head for more than thirty years before I started writing and, although I hadn’t written anything down, the story felt almost fully-formed as I began writing it. Things did change, though, as the characters took on their own personalities and the story took on its own direction.

Definitely – Sewing the Shadows Together is exactly the sort of book I like to read myself – with a strong emphasis on character and relationships, vivid settings and a whodunit mystery with lots of suspects and clues. I like reading mainly Scottish and Scand noir and the books I’ve read have definitely influenced me – too many to mention really, but I really admire Ian Rankin and Henning Mankell.

I’m writing another novel, set in Scotland, Yorkshire and Switzerland. Although the characters are different there is some similarity in them as it’s about the effect of crime on ordinary people and hidden family secrets.

My thoughts about Sewing The Shadows Together

Thirty years after the murder of his thirteen year old sister Shona, Tom McIver returns to Scotland, from South Africa, ostensibly to bring his dead mother’s ashes back to her beloved homeland. This return visit allows Tom the opportunity to catch up with some old friends at a high school reunion, but meeting his sister Shona’s best friend, Sarah Dunbar, brings back painful memories which Tom had long since buried. Shockingly, during Tom’s visit to Scotland, further information about Shona’s murder comes to light, and new DNA testing reveals that the man imprisoned thirty years ago for Shona’s rape and murder couldn’t possibly be her killer. In light of this new evidence, the investigation is reopened and the search begins again for Shona’s murderer, with disastrous consequences.

What then follows is a well plotted psychological suspense story with a distinct air of family drama. From the start of the book there is much to take in, not just, about the murder investigation and all that entails, but also about the tangled relationships that exist between the main characters. Any return to the past, and a life once led, is always fraught with the danger of reawakening uncomfortable memories, and this story is all about the memories of the past, and about how people are shaped by what has happened to them, whether it be good, or bad. The characters are particularly well thought out and I enjoyed following their progress, and as the cracks in their individual stories start to appear, I had great fun in trying to figure out who had hidden the most secrets. I particularly empathised with Sarah’s dilemma as she struggled to maintain her own sense of self-worth in a family who constantly made demands on her time and who often drained her of energy.

I was surprised to discover that this is the author’s debut novel as she writes with genuine confidence and great style. There is a real sense of time and place and she does a commendable job in weaving together all the strands of the story. The revelations when they come really do take you by surprise, and by the end of the story with all the loose ends knitted together, there is a real sense of completeness about the whole thing. The use of D H Lawrence’s poem The Bat as the book’s epigraph, not only explains the title of the book, but also, alludes to the general feeling of darkness that pervades the story.

I really enjoyed it and can't wait to see what Alison Baillie does next.

My thanks to the author for inviting me to be part of this exciting blog tour.

Links to the other tour hosts can be found here 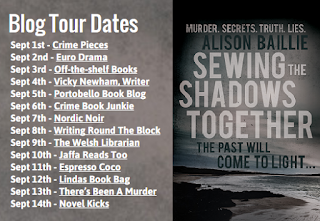