Review ~ The Almanack by Martine Bailey

The philosophy of time, destiny and the stars pervade this intricate historical mystery in which a young woman determines to avenge her mother's death.

1752, Midsummer. Following a desperate summons from her mother, Tabitha Hart departs London for her home village of Netherlea - only to discover that her mother has drowned. Determined to discover the truth about the Widow Hart's death, Tabitha consults her almanack and uncovers a series of cryptic notes describing her mother's terror of someone she names only as 'D'. Teaming up with young writer Nat Starling, Tabitha begins a race against time to unmask 'D' before more deaths follow. But as the summer draws to a close and the snow sets in, cutting off Netherlea from the outside world, Tabitha and Nat are forced to face the darkest hours of their lives. With the year predicted to meet a 'violent, bloody end'' will Tabitha survive long enough to bring her mother's killer to justice?


1752 was the year England changed from the Julian calendar to the Gregorian and in doing so the country lost eleven days, going overnight from Wednesday 2nd September, to Thursday 14th September. It was a time of great change, especially for those who studied prophesies and portents in the ever popular almanacs.

Tabitha Hart has been earning a riotous living in London, taking her pleasure with which ever gentleman had enough coinage to pay for her body, and to keep her in gin, but in the summer of 1752, she is summoned home to the village of Netherlea only to make a chilling discovery. Her mother has been found dead in disturbing circumstances, and with only her wits to guide her, Tabitha sets out to discover the truth about her mother's death. Naturally superstitious, the villagers are at first wary of Tabitha, with her hoity-toity London ways, but at heart she's a country girl, and her natural exuberance, whilst tempered by her mother's death, eventually shines through in her association with the enigmatic, Nathaniel Starling.

In her investigation, Tabitha encounters a series of mysterious clues which are somehow connected to the cryptic contents of a series of notes her mother has left behind. The deadly mystery at the heart of the novel is really cleverly controlled, with all the cunning and characteristics of a suspenseful whodunit. The story is eerily reminiscent of a bygone time and beautifully associated with the way the country lived in 1752. Each chapter is headed by a cunningly worded riddle, a clever conundrum of words, along with an astronomical observation, which, not only adds a genuine sense of doom, but which also give an insight into the way old superstitions played such an important role in Georgian England.

Beautifully written with all the trademark characteristics of this author's talented writing, The Almanack takes us on a journey into rural England and back to a time of superstition and great social change.There is no doubt that The Almanack is this author doing what she does best, weaving together mystery, superstition and romance in a story which stays with you long after the last page is turned. 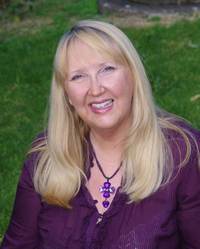 Martine Bailey is the author of two previous mysteries: An Appetite for Violets, selected by Booklist as one of the Top Ten crime fiction debuts in the US, and A Taste for Nightshade. She lives in Cheshire, England.