Blog Tour ~ The House at Greenacres by Darcie Boleyn

When Holly Morton fled Penhallow Sands nearly a year ago she was determined to put the past - and Rich Turner - behind her. But now an unexpected loss and financial trouble has led her back to the family vineyard and it's time to tell Rich the truth - he's a father.

Surrounded by the memories of what they once shared Holly's anger fades in the glow of Rich's undeniable love for their son and the way he selflessly steps in to help the vineyard out of trouble. As Holly watches Rich flourish in his new role as father to baby Luke, she realises that though they can't change the past, the future is still theirs to write...

Their eyes met, and it was all she could do not to throw herself against his chest and sob, then pound it with her fists until she’d released the pain she’d carried for what felt like a lifetime.

She licked her lips, gripping the monitor tightly in front of her as if it could protect her from pain. ‘Thank you. I can hardly believe he’s gone.’

‘Me neither. It doesn’t seem right somehow. He was always here, and part of me thought he always would be.’ Rich shook his head. ‘Would you like a drink?’

She nodded and followed him through to the kitchen, her heart pounding and her throat tight with emotion.

‘Wine?’ he asked, holding up a bottle.

‘No thanks. Something else. Not alcohol.’ She pushed her hair behind her ears, aware that he was gazing at it. The last time she’d seen him, it had still been long; she’d had it cut after having Luke. She was used to it now, but it probably looked strange to Rich.

She placed the baby monitor on the table and watched as he opened two cans, then poured the lemonade into glasses before handing her one.

‘Thanks.’ She stared down at her glass, willing the whooshing of blood through her ears to stop, wanting words to come that would not cause hurt or pain, sound bitter or strangled. This wasn’t about her or Rich now; it was about their son and what was best for him.

A murmur from the monitor made her pick it up again and watch for the lights that flashed at any noise Luke made.

‘Is that a baby monitor?’

She ran her gaze over his face, but it remained expressionless. Only his eyes betrayed his emotions, his deep, dark eyes.

Did he know? Had he guessed?

‘Three and a half months.’

Now Rich frowned, and she knew he was trying to work out if Luke could be his, but she’d left the previous summer not knowing she was twelve weeks pregnant, and Luke had been born early, at thirty-three weeks. Would he ask her, or had he decided that her grandfather’s wake wasn’t the time or place for such an intimate conversation? Or did he have no idea? Did it hurt him that she had a child he might believe wasn’t his? Worse still, what if he didn’t want to find out?

He raised his glass and sipped his drink, his face etched with uncertainty. ‘Is he … I don’t know how to ask this, really, but … is he mine?’

She had to tell him and it had to be now. It had been too long already.

‘He is yours,’ she blurted, then held her breath, watching as myriad emotions passed over his face. She’d wanted to break it more gently, but they might only have minutes alone and she couldn’t bear to keep it from him any longer.

‘He’s mine?’ he squeaked eventually.

He shook his head.

‘Why didn’t you tell me before … before you … before I … before …’ He was shaking his head, his eyes shining and his breath coming in shaky gasps.

‘I’m so sorry, but I didn’t know I was pregnant when I left. I cut off all social media and changed my mobile number, so I had no way of contacting you. I was so angry, I couldn’t bear to keep any links between us.’

He dragged his hands through his hair. ‘I did the same.’

‘So even if you had tried to contact me, you’d have struggled. Damn it, Holly, what have we done?’

They gazed at each other for a while as their confessions hung in the air between them. Exhausted, Holly pulled out a chair at the kitchen table and sank onto it, then Rich did the same.

‘You know … I never imagined we could end up like this.’ His voice was tinged with sadness.

‘Like strangers.’ He looked down at his feet, exhaled, and raised his eyes again. ‘We’re parents. I have a son I didn’t know about. I thought we’d be …’

Holly jumped as a hand landed on her shoulder and she turned to find her old friend Francesca Gandolfini smiling at her.

‘Fran!’ Instinctively she got up and hugged her friend, but the hug she received in return was stiff and formal.

‘Good to see you, Holly, although I’m really sorry it’s in these circumstances.’

‘Thank you.’ Holly tried to pull herself together, to focus on what Fran was saying, but it was hard when all she wanted to do was continue her conversation with Rich. They couldn’t leave it like this. She realized Fran was staring at her, so she shook herself. ‘I guess eighty-eight is a good age, but even so … is it ever time?’

‘I don’t think so.’ Fran shook her head. ‘I know my grandmother says she feels the same at seventy-eight as she did at eighteen. She Skyped me yesterday and was going on about how her body is letting her down because she can’t run up the stairs any more but her mind’s as sharp as ever.’ She smiled.

‘Your grandmother Skyped you?’

‘Oh yes!’ Fran nodded, causing her silver and amethyst earrings to sway. ‘Since Dad went back out to Italy, he’s got Nonna Gandolfini using every technological device possible. She’s madly in love with her voice-activated virtual assistant.’ Her dark blue eyes twinkled.

‘I’ll have to see if I can get Granny to try out some new technology. Dad said she loves online shopping, but I don’t think she’s tried video calls yet.’ Holly tried to picture her granny using Skype or FaceTime, but it wasn’t easy.

‘You should.’ Fran sipped her wine. ‘How long are you back?’

Holly glanced at Rich, then back at Fran, two of the people she’d cared about most in the whole world but who were now like strangers. She’d been away for less than a year, yet it could have been a lifetime for the gulf it had created between them.

‘I’m not sure.’ She didn’t want to commit to anything yet, had tried not to make any decisions.

‘And you have a baby?’ Fran frowned, hurt clouding her eyes.

Heat crawled up Holly’s throat and into her cheeks.

‘Well that’s something you kept to yourself.’

Holly winced at Fran’s bluntness, but she knew her friend was right. They’d been so close, but she hadn’t contacted Fran at all while she’d been away.

‘Uh … I’d better be going.’ Rich stood up and shifted from one foot to the other while running a finger under his shirt collar. Panic filled Holly. He couldn’t leave now, not when they had so much to discuss.

‘Can’t you stay for a while?’ she asked, hating the desperation in her tone. But she wanted to get this over and done with, couldn’t bear the thought of it hanging over her for another hour, let alone another day or longer.

‘I can’t. I’m sorry. I need … some time to think.’ He stared at her hard and she understood. He needed to process what she’d told him before he did anything. It was a shock for him, of course it was, and coming on the back of their difficult break-up and subsequent estrangement …

‘I’ll see you soon?’ she asked, filling her eyes with meaning.

‘Yes. Let me give you my number and you can text me yours.’

He scribbled on the back of an envelope that was propped up next to the kettle, then handed it to Holly.

‘It’s good to see you, Rich.’ Fran smiled. ‘Your mum said you’ve been busy with a new job.’

‘Yes. That’s right. With an accountancy firm in Newquay. We’ll have to catch up.’ He turned to Holly. ‘I’ll see you soon. The sooner the better, I think.’ He gave her a small nod, then walked away.

Holly bit down on her bottom lip. Too many things were happening here and she didn’t know which fire to try to extinguish first. Rich was absolutely bewildered at the bomb she’d dropped on him, and although Holly was still mad as hell at him for what he’d done last summer, she also felt guilty that he’d been oblivious to Luke’s existence. On top of that, Fran was clearly still smarting from being abandoned. Holly had made such a mess of everything, and she felt like running up to her room, slamming the door and hiding under the duvet. But that was something for her teenage self; she was an adult now and she had to face up to what she’d done.

‘Fran … I know I owe you an explanation. I’m so sorry for running off and not contacting you.’

Fran sipped her drink, eyeing Holly over the top of her glass.

‘I’m just glad you’re all right,’ she said eventually. ‘You’re one of my oldest friends and I care about you.’ She ran her free hand over her short red-brown hair, then sighed. ‘I can’t believe you have a baby and I didn’t know anything about it. Is it a boy or a girl?’

At that moment, the lights on the monitor flickered and Luke let out a squawk.

‘And it seems he’s hungry. Want to meet him?’

As Holly weaved through the bodies in the dining room, then climbed the stairs to her old room, she let the guilt settle on her shoulders. Running away had seemed like the only option last summer, but now that she was back, she had some bridges to build.

She just hoped her friends and family would be able to forgive her.

Most of all, she hoped Rich could cope with the information she’d just divulged, because if he couldn’t, she had no idea where to go from here. 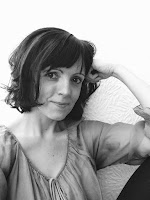 Darcie Boleyn has a huge heart and is a real softy. She never fails to cry at books and movies, whether the ending is happy or not. Darcie is in possession of an overactive imagination that often keeps her awake at night. Her childhood dream was to become a Jedi but she hasn’t yet found suitable transport to take her to a galaxy far, far away. She also has reservations about how she’d look in a gold bikini, as she rather enjoys red wine, cheese and loves anything with ginger or cherries in it – especially chocolate. Darcie fell in love in New York, got married in the snow, rescues uncoordinated greyhounds and can usually be found reading or typing away on her laptop. 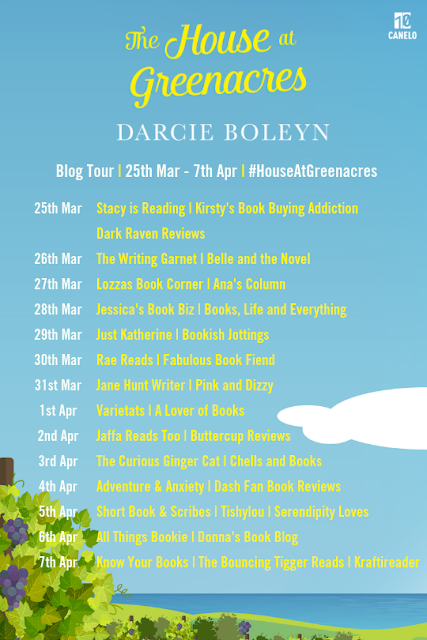