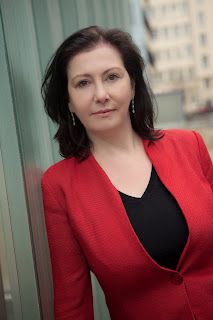 The Story of a Story

There’s nothing new about stories begetting stories. We’re familiar with the frame story, where a larger narrative houses many smaller stories, such as The Canterbury Tales or Scheherazade’s 1001 Nights. Fan fiction is hugely popular, the most well-known example being Fifty Shades of Grey. We also have spin-offs, in which a minor character from one narrative strikes out alone, or another author picks up where the plot left off. At least ten authors, including Sebastian Faulks and Anthony Horowitz, have written new Bond novels since the death of Ian Fleming. This is a story of a book with a book.

One day while I was walking the dogs, an idea popped out of nowhere. It was the story of Nancy Maidstone. As the old adage goes, writing is 1% inspiration and 99% perspiration. True, but when inspiration does strike, it’s a rush like nothing else. When I got home, I wrote down the basics of the tale as a short story and gave it a title: An Empty Vessel. Then I went back to writing my crime novels, The Beatrice Stubbs Series.

But it kept turning up, almost against my will. A character waiting in a hotel bar is reading a book called An Empty Vessel. My lead detective writes the combination to her safe next to the fourth line on page 44 of the fourth book on her bookshelf. The book? An Empty Vessel, by Vaughan Mason. In my most recent release, Snow Angel, an author is poisoned. His fame is long-distant yet Vaughan Mason was a darling of the literati in the 1960s, thanks to his sensitive portrayal of women in An Empty Vessel. When the true provenance of his most famous work is revealed, a whole new story opens up.

Finally, I had to write this mysterious book which flits in and out of my European detective series. It was time to sit down and turn that short story into a novella. After eight crime novels, I was ready to try writing in another genre. Why not literary historical fiction? Diving into research on the 1950s, studying speech styles according to class, finding a completely different authorial style and bringing these pencil sketch characters into full colour was certainly a learning curve, but also a pleasure.

An Empty Vessel by Vaughan Mason was published on 7 March 2019. Finally, I felt I’d done my duty to Nancy Maidstone.

Today’s the day Nancy Maidstone is going to hang.

In her time, she’s been a wartime evacuee, land-girl, slaughterhouse worker, supermarket assistant, Master Butcher and defendant accused of first degree murder. Now she’s a prisoner condemned to death. A first time for everything.

The case has made all the front pages. Speculation dominates every conversation from bar to barbershop to bakery. Why did she do it? How did she do it? Did she actually do it at all? Her physical appearance and demeanour in court has sparked the British public’s imagination, so everyone has an opinion on Nancy Maidstone.

The story of a life and a death, of a post-war world which never had it so good, of a society intent on a bright, shiny future, and of a woman with blood on her hands.

This is the story of Nancy Maidstone.

With the passage of time I think we have forgotten about the dreadful impact of having the death sentence in operation, and the effect it had on the general population. Reminiscent of a very different time in our culture, the author has captured both the sombre mood of speculation, and also the prurient curiosity, and yes, animosity towards a woman who could allegedly kill someone in cold blood.

From the start of An Empty Vessel we know what Nancy Maidstone is facing because right from page one the judge utters those fateful words, 'hanged by the neck until you are dead'  and just how she got to this point in her short life is what makes this story such a fascinating read, as not only do we get Nancy's version of events, we also get to witness what others around her thought about what was happening, and of course, in a situation like this everyone, from her friends at work, to the warders in the jail, all had their own opinion.

As the story progresses I found that I was becoming increasingly fond of Nancy. She's a strong woman whose situation in life hasn't always been the easiest, and yet, thanks to this author's clever writing, there's also an aching vulnerability which made me constantly speculate about the inevitable outcome.

There's sometimes a tendency when reading a novella to feel a bit let down when the story ends, because its either been too short a read or, in some cases, too long and would have been better being a novel. However, in An Empty Vessel, I think the author has got the balance just right, there's more than enough content to make the story flow really well, and even though the 1950s are still very close to us, historically, I think that the author has captured the ambiance of this very different time to perfection.

Writer, journalist, teacher, actor, director and cultural trainer, Jill has lived in Africa, the Middle East and all over Europe.

Nowadays, she is a full-time writer, founder member of Triskele Books, co-editor of Zürich literary hub The Woolf, European correspondent for Words with JAM,reviewer for Bookmuse and professional copywriter.

She lives with her husband and three dogs in a small Swiss village, where in an attic overlooking a cemetery, she writes.