Blog Tour ~ When Winter Comes by V A Shannon

In the voice of an unforgettable heroine, V.A. Shannon explores one of the most harrowing episodes in pioneer history—the ill-fated journey of the Donner Party—in a mesmerizing novel of resilience and survival.


Mrs. Jacob Klein has a husband, children, and a warm and comfortable home in California. No one—not even her family—knows how she came to be out West thirteen years ago. Jacob, a kind and patient man, has promised not to ask. But if she were to tell her story, she would recount a tale of tragedy, mishaps, and unthinkable choices—yet also sacrifice, courage, and a powerful, unexpected love . . .

Fleeing her home in Cincinnati our narrator takes us on a journey across the plains of America with a group of pioneers who are heading to California to start a new life. To say that the journey is fraught with danger is perhaps an understatement as what emerges is story of a quite dreadful disaster and the most unbelievable misadventure.

The story is narrated in two strands by Mrs Jacob Klein of California who lives a comfortable life with her husband and children, we learn of her life with her family in 1859, but we also get to experience the epic pioneer trek through the eyes of our narrator who, some thirteen years earlier, joined the pioneers as a teenager . To say what happens on the journey would give away far too many spoilers but for most of the journey I was completely enthralled in the way in which the catastrophic events unfolded.

Cleverly combining fiction with the known facts about this ill-fated journey the author writes with huge conviction and has such a lovely turn of phrase that  I felt like I was sitting next to Mrs Klein as she recounted her rather sad story. In many ways When Winter Comes is a rather harsh coming of age story as our narrator, whose real name we never know, grows from a fifteen year old from the wrong side of the Cincinnati tracks, to a young woman with determination and that recognised pioneer 'grit'.  Beautifully written, with a wonderful authentic feel, and such strong imagery that I felt like I traveled the American plain in the company of this ill-fated nineteenth century wagon train.

In many ways When Winter Comes is a story of a disaster on an epic scale but it's also the story of bravery and resilience and doing what you have to do in order to survive. 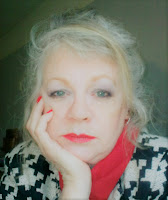 I left school at sixteen but returned to full-time education in my twenties, training in fine art in the USA, and then completing my MA in medieval history and a postgraduate qualification in law in the UK. Although I’ve worked in the law for many years, my first love has always been writing. In 2011, I was lucky enough to be accepted on the prestigious Faber Academy novel-writing course where I embarked on the first draft of the novel that was ultimately to become ‘When Winter Comes’. I subsequently left the security of full-time paid employment to concentrate on my writing and supporting myself by taking on a variety of temporary and part-time roles, including working in the cloakroom at the Victoria and Albert Museum in London, selling Titanic memorabilia at the O2, and cleaning houses!

I have two beautiful daughters and a gorgeous granddaughter, and I live just north of London. 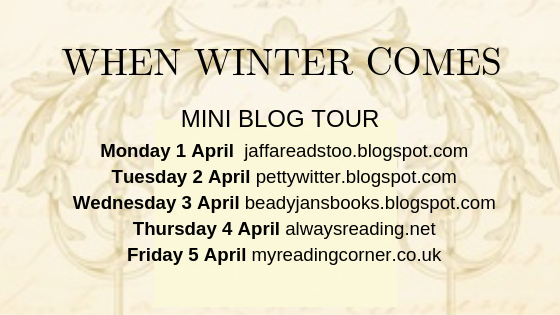