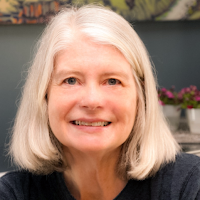 Hello C P, welcome to Jaffareadstoo. Thanks for spending time with us today and for sharing your love of writing historical fiction.

As a historian who also writes historical fiction, what I love most is the freedom to make things up, to imagine the past, to play with possibilities. Although I feel bound by the sequence of events, to the extent we can determine what it was, even that carries in it a kind of freedom: sequences tell stories. Why did Napoleon advance in that direction, not this one? Why then, and not two days later or a week earlier? We never have all the answers, and in the gaps lie spaces for a novelist to fill in.

Now if people were always rational, the process would be less interesting. But we all know the role that emotions play in decision making. Not just emotions, either: lies and coverups are as old as time. People routinely retell their stories after the fact, making themselves look better and their opponents worse. Even where documents exist, and in the period I write about they usually don’t, a novelist still gets to decide which of several conflicting explanations really drove a particular course of action and which alternative stories remain untold because those who lived them had no access to the written word. In medieval Russia, the setting of my novels, whole categories of people had no means to express themselves in writing: the poor (80–90 percent of society); women (the usual 50 percent plus); anyone who lost a battle with those in power.

And that’s just historical figures. As a novelist, I also get to invent people, which I like even better. I tell stories about women finding their own places in a wider world that wants only to turn them into obedient housekeepers and baby factories. Their roads to self-discovery vary according to their personalities. Nasan, a natural warrior, learns to expand her interests without sacrificing her essential self. Firuza, more conventional by nature, responds to the challenges posed by her brother’s incompetence by tapping unsuspected strengths. Maria actively resists change, only to discover that her new family with its weird (in her mind) expectations of wives provides a fulfillment she didn’t know she was missing. Roxelana uses her allure to manipulate men into doing what she wants.

Even the mothers, who’ve already made their peace with society’s demands, differ in their solutions. Natalia thrives in the role expected of her, managing a household of several hundred people and its associated estates like the small corporation it is. Sumbeka delegates her household tasks to others, ordering them hither and yon while she acts as her husband’s most trusted political and diplomatic adviser and the communications hub for their entire extended clan.

Researching these stories offers its own special joy. Oh sure, there’s the chore of plowing through weighty tomes festooned with notes—seldom a happy thought at the end of a long day’s work. So many of the tomes, too, fail to reveal the important things: what ordinary people ate and wore, how they thought about the happy and not-so-happy events of their lives, how they furnished their houses or talked to their children, what a particular piece of money would buy—never mind the all-important smells and tastes and sounds.

But oh, the magic of discovery! For me, the delight of research is stumbling over unknown or forgotten possibilities. The bandit chief who became a saint; the officially Muslim Tatars who continued to revere the clan spirits known as the grandmothers and tell tales of women warriors; the medical mysteries and herbal concoctions so useful for sending unsuspecting characters to their doom or into a trance; that odd, disastrous military campaign that took place at just the right moment to challenge a hero in unexpected ways.

It all feels like dipping a toe into the flowing River of Time. As people say when asked why small children love dinosaurs, “they’re big and they’re dead.” The past, too, is both vast and gone. This place where most of us wouldn’t want to spend our lives is fascinating to experience through a book, a film, or a TV show. And that’s why I write historical fiction.

C. P. Lesley is the author of eight novels, including Legends of the Five Directions (The Golden Lynx, The Winged Horse, The Swan Princess, The Vermilion Bird, and The Shattered Drum), a historical fiction series set in 1530s Russia, during the difficult childhood of Ivan the Terrible. Find out more about her at http://www.cplesley.com.

Huge thanks to C P for being such a lovely guest

we have loved having you on the blog today