Review ~ Daughter of the Dales by Diane Allen

A moving Yorkshire saga, Daughter of the Dales is the much anticipated finale in Diane Allen's Windfell Manor Trilogy.

Daughter of the Dales is the third book in the trilogy which began with The Mistress of Windfell Manor and which focuses on the Yorkshire families who have made this little corner of the Yorkshire Dales their own. The author has such a lovely way of evoking time and place that the era, 1913, just before the outbreak of WW1, comes alive in the imagination. Filled with that robust sense of plain speaking which is so reminiscent of Yorkshire folk, the story is a real delight to read.

The story opens with the demise of one of the main characters who has played such a central role in this trilogy, and it's interesting to see just how the family will progress without the woman who has been such a lynch-pin to everyone. But change is coming, old secrets come to the fore, and there are some tough decisions to be made for the inhabitants of Windfell Manor who will have to adapt and change in order to keep going in a world which is on the cusp of change.

The author writes with an obvious love for her characters and surroundings, bringing to life the trials and tribulations of living in a small village. A place where everyone knows each other's business and secrets, which, although deeply buried, are never going to stay hidden for long. Those readers who have followed the Windfell Manor trilogy form the beginning will find much to enjoy in this finale. Loose ended are neatly tied up and there is, by the ending, a sense of continuity and of looking to the future, whatever that may bring.

There's a lovely poem at the end of the novel, Noel,Christmas Eve 1913 by Robert Seymour Bridges which adds a nice touch and festive feel to the ending. 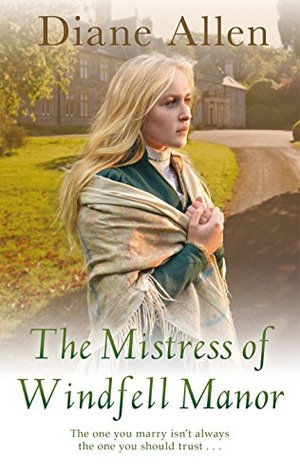 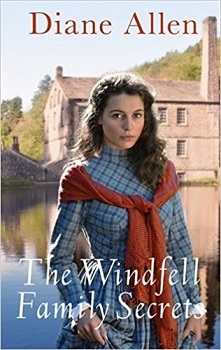 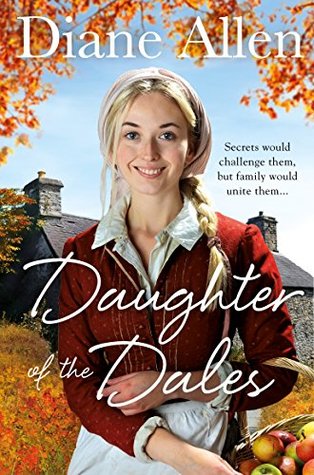 Diane Allen was born in Leeds, but raised at her family’s farm, deep in the Yorkshire Dales. After working as a glass engraver, raising a family and looking after an ill father, she found her true niche in life, joining a large-print publishing firm in 1990. She now concentrates on her writing full-time and has recently been made Honorary Vice President of the Romantic Novelists’ Association. Diane and her husband Ronnie live in Long Preston, in the Yorkshire Dales, and have two children and four beautiful grandchildren.