A killer is on the loose, attacking people in places they feel most safe: their workplaces, their homes. It’s up to DS Grace Allendale to stop the murders, and prove herself to her new team.

All clues lead to local crime family the Steeles, but that’s where things get complicated. Because the Steeles aren’t just any family, they’re Grace’s family. Two brothers and two sisters, connected by the violent father only Grace and her mother escaped.

To catch the killer, Grace will have to choose between her team and her blood. But who do you trust, when both sides are out to get you?

DS Grace Allendale knows that joining a new police investigative team is never going to be easy but what she doesn't envisage is getting drawn straight into a complicated murder mystery which involves her estranged family. The Steeles are a canny bunch, they keep their friends close and their enemies closer, and despite Grace's connection to them, she is determined to discover just how deeply her family are involved in what's going on.

The multiple strands of the investigation are woven together with a fine eye for detail and setting the story around Stoke on Trent, which is the author's home turf, certainly gives the story a really authentic feel. The steady investigation with all its many twists and turns had me on the edge of my seat and I enjoyed trying to second guess where the story was heading.

It's always exciting to be in right at the beginning of a new gritty crime series and this one certainly gets off to a flying start. There is a delicious edginess to the story which intertwines with a dark story from the past, all of which adds up to a really dark and well controlled murder mystery. There are secrets aplenty to uncover, not just about Grace and her connection to the notorious Steele family, but also amongst her detective team, who, wary of this ambitious new addition to their group, keep their own particular secrets close.

I am sure that this is just the start of many such dark investigations for DS Allendale and her team I can't wait to see where the series takes them next. 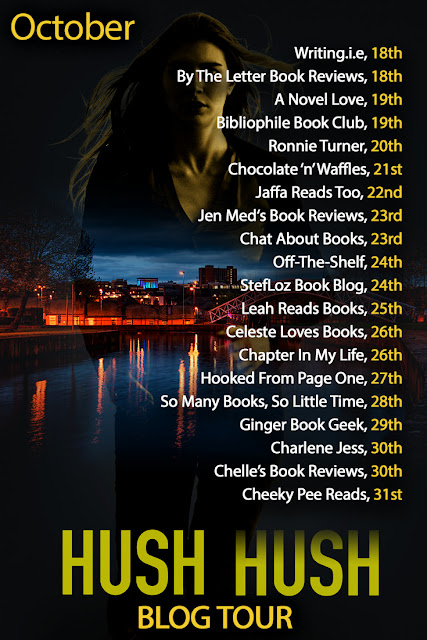