✨Jaffareadstoo is excited to be hosting today's Sleeper: The Red Storm Blog Tour

Will Starling has been drafted into the SOE, joining forces with the French Resistance, but his memory is fractured and only occasional flashbacks reveal fragments of his past.

When his mission is compromised, Will suspects that he’s been betrayed. Back in London he hears that VIPER are developing a deadly weapon. As he and MI5 agent Anna Wilder set out to destroy it, their every move is anticipated by their enemies.

While Will fights to prevent genocide, his sister, Rose, has become the key to VIPER’s future plans and is drugged to dull her kinetic powers. But Rose faces danger from an unexpected enemy and her time is running out.

The Red Storm starts off with an impressive opener which is a perfect introduction to Will Starling who is one of the most courageous, fictional, eighteen years olds I have ever met. Filled with a boys own sense of bravado, Will encounters more danger than is physically possible, from being unceremoniously dumped out of a moving aeroplane, to being covered in a poisonous red mist, there is never a moment when he doesn't rise to the challenge of being a vital part of the Special Operations Executive (SOE) during the eventful latter years of WW2.

Set in 1943, The Red Storm continues, some two years after where Sleeper, the first book in the series, left off. Will is now a little older, possibly a little wiser, but no less determined to get to the truth of what happened to his family and especially to his younger sister, Rose. That Rose's story intertwines with that of Will makes for really interesting reading and is no less exciting.

The story moves along at a cracking pace and is filled with more twists and turns than I am at liberty to speak about without giving too much away. However, the historical nature of the story, set as it is in 1943, comes across, as does the constant danger which Will encounters as he tumbles from one adventure to another. The author has created some fabulous characters, some are downright creepy, Father William springs to mind, whilst others, like Will's companion and co-agent, Anna Wilder add some necessary depth to what is , after all , quite a dark story.

I raced through the book, carried along by the speed and momentum of the writing, and of Will's ability to always be in the centre of the action. Even though this is the second book with events from the first story alluded to in the story, it is still possible to read read The Red Storm as a standalone story.

Please do enter the giveaway to be in with a chance of reading Sleeper:The Red Storm for yourself, you'll be thoroughly entertained from start to finish.


To celebrate the publication of The Red Storm 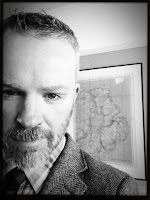 J.D. was born in Belfast at the start if the Troubles, and began writing stories at a young age to help
understand the madness unfolding around him.A lover of reading, he devoured a diverse range of books - his early influences include Fleming, Tolkien,Shakespeare and the Brontës.
He left Belfast at the age of nineteen and worked as a chef, bartender, waiter and later began a career in writing for the software industry. These days he divides his time between Brighton and London, where he lives with his partner and their two dogs. 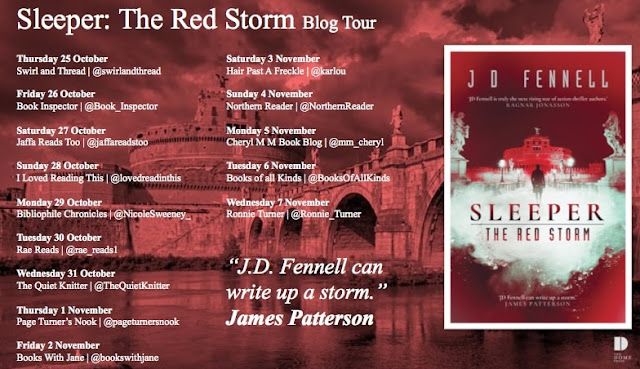