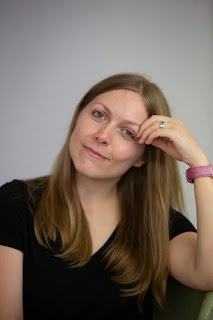 Hi Amy, a very warm welcome to Jaffareadstoo. Tell us a little about yourself and how you got started as a writer?

I’ve been writing since I was 10 years old. I’ve always loved books, so there was never a conscious decision: writing is a part of who I am. 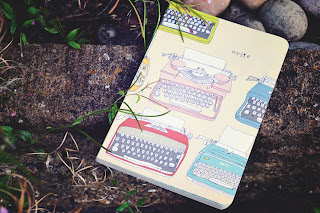 Your books are written in North East England – how have the people and its landscape shaped your stories?

This is a difficult question. In a direct sense, the North East doesn’t play a role in my writing. The first book I wrote, which is languishing unpublished in a drawer somewhere, was a coming of age story set in my hometown of Middlesbrough. But my more recent work isn’t located in the North East.

However, being from this part of the world has shaped my identity and my voice, which I bring to my writing. I write dark, speculative stories, set in crumbling or somehow oppressive cities. Living in a formerly industrial area surrounded by beautiful but often bleak countryside and coastlines helps create a sense of otherness and isolation that feeds my writing.

As a writer based in the North East, does this present any problems in terms of marketing and promoting your books and if so, how do you overcome them?

Publishing is very London-centric, so living this far from the city does leave you feeling out of the loop. I recently wrote a couple of pieces for a website aimed at debut authors and was invited to their regular events; but London is three hours and over £100 on the train, so it’s not easy to pop down for an event or meeting. Visiting can be a commitment.

But as the search for diversity in fiction grows, I do think some parts of the publishing industry are becoming more open to writers who have a different voice or background. Being from the North East does make you different to writers from London. In this part of the world, there are some brilliant organisations such as New Writing North and plenty of small scale events for book lovers and writers. But the bigger events and opportunities are not as common, so you need to travel and that makes them much more expensive.

I don’t tend to write about real places; I prefer to let my imagination do the work. When I did write a book set in my hometown, I found myself trying to explain where everything was, adding street names and picturing every curve in the road. It became distracting.

I would like to write something that captures the essence of the North East one day, but for now my stories are a little more fantastical.

If you were pitching the North East as an ideal place to live, work and write – how would you sell it and what makes it so special?

The North East is a wild and beautiful place. You can live in the heart of a bustling city, with access to exciting cultural activities, but still be just 10 or 15 minutes away from some of the most stunning countryside in the UK. We have dramatic coastlines and wild moors, forests and dales where it’s easy to lose yourself in your surroundings.

This isn’t an expensive part of the world to live in, but it’s full of interesting, engaging people who will tell you their stories.

And who wants to be in the same place as everyone else?

This is something I’ve become better at over the years. I have a couple of writer friends who I’ve met at work and I recently took part in a year-long mentoring scheme, which led to the set-up of a monthly writers’ group which I share with half a dozen talented women.

I’m also part of a few Facebook groups, but the most useful belongs to my publisher, Unbound. My debut novel should be out next year and I’ve just finished crowdfunding it. This is a challenging process, but it’s made easier by a secret Facebook group Unbound set up for the authors where we interact and share advice and tips. The conversation carries on each day and there’s a core group of writers there who really support each other. They have been invaluable and I’ll rely on them a lot as I get ready for the publication of my novel. 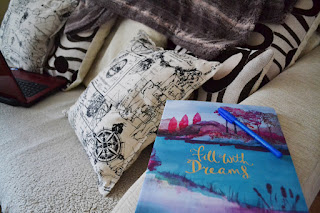 How supportive are local communities to your writing and are there ever any opportunities for book shops, local reading groups, or libraries to be involved in promoting your work?

Local communities are great, especially away from the big city where meeting a writer isn’t an everyday thing. As part of my crowdfunding campaign, I went along to a couple of book groups and chatted to them about my writing. The people there were so friendly and engaged and a few even supported the book.

Can you tell us anything about your current work?

My debut novel is called The Disappeared and it’s about obsession. Set in a dystopian version of the UK, run by a military dictatorship, it follows a young woman called Clara, whose father was arrested by the Authorisation Bureau when she was 11, for teaching banned books to his students. She never saw him again.

Clara becomes a teacher and decides to do something to rebel against this regime, but the only weapons she has are the books her father left behind.

The story is told from two perspectives: that of Clara, and her stepfather, the Major, the man who arrested her father. He becomes obsessed with Clara’s mother and wants to possess her utterly, even if that means destroying her husband completely.

You can discover more about Amy and her writing: