I'm always reluctant to jump into an established series of detective novels so far down the line, because all too often the finer nuances of the characters who inhabit the story can be missed, however, putting that observation on one side, what did work, for me,  was a cleverly put together crime story which begins some eight years earlier with a catastrophic road accident.

Jumping forward in time, another road traffic accident occurs in the tiny Peak District of Shawhead, and DI Cooper and his investigative team are faced with a complicated inquiry which seems to reveal far more questions than it does answers. A delivery lorry is found stuck under a small railway bridge and the driver seems to have disappeared, but with only an amount of blood stains to go off, the investigative enquiry seems to be ill-fated from the start. As the investigation deepens, Cooper and his team become increasingly frustrated by the lack of  co-operation from the people who live close by the accident scene.

Thanks to the author's detailed knowledge of the area, the landscape forms part of the backdrop to the story and is explained in great detail, so much so, I felt like I crossed the countryside around  the Peak District searching for clues alongside E-Division. The tiny villages and the small town mentality of its people comes across very well, and even as DI Cooper seems to meet with stony silences and insular opposition, you can’t help but be aware that a sinister mystery sits at the very heart of the story.

I found the story quite gripping and I especially liked exploring the connection between the characters and enjoyed piecing together the overall jigsaw puzzle. My only niggle was the level of geographical references, which I am sure are fascinating if you know the Peak District well, I just felt, at times,  like I was being given a written description of an ordnance survey map.

I am intrigued by the relationship between Ben Cooper and Diane Fry, so I suppose the best way to learn more about them is to start at the beginning of this excellent series.

Best Read with …a bacon and egg butty, heavy on the red sauce and a mug of tea, rich in tannin…

Stephen Booth is the international bestselling CWA Dagger winning author of fifteen acclaimed thrillers set in the Peak District featuring Ben Cooper and Diane Fry. His sixteenth is Secrets of Death which will be published  by Sphere in June 2016. The series is currently being developed as a TV programme. 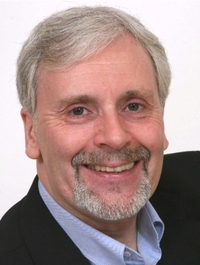 My thanks to Sophie at edpr and Sphere for my review copy of this book.