Book extract from We and Me by Saskia de Coster ...


I am delighted to be able to share an extract from

A brilliant, incisive novel that dissects the lives of a dysfunctional, yet bourgeois, family; a literary Desperate Housewives and a European response to Jonathan Franzen’s Freedom.


On a private estate near the top of a mountain close to Flanders lives the Vandersanden family. Neurotic, aristocratic Mieke grooms her carpets while keeping a close eye on her family and neighbours. Her husband, the self-made Stefaan, is building up a career in a pharmaceutical company which is threatened by scandal. Meanwhile, Sarah, their daughter, overprotected by her parents and curious for the real world, is finding her own path. Like a contemporary Madame Bovary or Anna Karenina, she longs for freedom and individuality. But will she find an escape from the claustrophobic family dramas and secrets that surround her?

Sharp, incisive but also tender, We and Me shows how every unhappy family is still unhappy in its own way…

Sarah watches as her parents take turns placing stones on the scale of love, a scale that isn’t made for such weight and soon gives way, leaving two people facing each other, trembling with rage, overwhelmed by the debris of all those complaints, their hearts headed for some unknown depth, quivering, swirling, each one determined for the very last time not to be taken in by this comedy, which has been going on for more than ten years and which no one with an ounce of sense in his head can call a good marriage.

‘There’s no talking to you.’

‘But I am talking, right? I’ve even come up with a solution.’

It’s either the hunger or the commotion, but Sarah suddenly feels faint. She drops down against the wall. She can’t get any air. Now she knows for sure: her parents are going to get divorced because they hate each other.

Together they begin howling at the moon, at the stars, at each other’s darkest, most hateful, most unbearable shadows and delusions. Stefaan can no longer control himself, and with all the outraged fury and strength he has in him he kicks at the door to the utility room, the only door that isn’t made of oak. The door answers with a crunch. He’s left hanging in the splintery hole. He begins hopping around on one foot, the other having been swallowed up by the gaping mouth in the door. He isn’t able to wrench himself loose.

‘I’ll take care of it,’ Stefaan says, instantly pale and serene. Blood is starting to flow where his ankle has disappeared into the door.

‘Oh dear oh dear, you’re bleeding,’ cries Mieke. She hurries to the kitchen and comes back with a bucket and a sponge. She wipes the blood from his leg and begins to scrub the surrounding floor. Blood, stubborn stuff.

As in the most idiotic slapstick comedy, the front doorbell suddenly rings. Mieke, torn between two places where her presence is required, decides to complete her tasks one after the other.

‘Stefaan, everything is going to be fine,’ she keeps repeating as she squeezes the sponge into the red water.

Stefaan can’t think of anything better to do than smile his eternal smile and say, deathly pale, ‘I’m going to deal with this. Everything is under control. You go get the door.’ He tries to pull his foot out with a single tug but the door refuses to release its prey from its mouth of splinters.

‘Sarah, help me out here!’ Stefaan calls out. ‘Go get a saw and hammer out of the garage.’

More exemplary than ever, Sarah deals with this moment of crisis by playing the role of obedient child. She goes out to Stefaan’s gigantic do-it-yourself arsenal and picks out a hammer and a small jigsaw.

‘If that’s Ulrike again with more of her penny-pinching dance, I’ll get rid of her fast enough,’ Mieke grumbles. Her neighbour Ulrike is extremely well off. Her husband is a professor of economics and sits on dozens of boards of directors, yet Ulrike loves a bargain. For months now she’s been trying to convince Mieke to have a sauna installed so both of them can get a twenty percent discount. But it isn’t Ulrike. Marc from across the street, not exactly the shy type, slips right past Mieke and walks to the dining room uninvited.

‘Marc! What a surprise!’ Mieke runs after him.

‘Hi, Mieke. I have a question for Stefaan. My regular golf partner just cancelled, and ... ’

Marc shoots a glance into the kitchen and sees Stefaan struggling at the door.

‘Excuse me, Mieke,’ and he deftly pushes her aside. ‘I’m going to give Stefaan a helping hand.’

Like a genuine action hero, he forces his way into the kitchen. ‘This looks like child’s play compared to what I do in the operating room every day.’

‘Leave it, Marc,’ Stefaan mumbles, but Marc has already grabbed the jigsaw and is skilfully carving his way through the wood until he reaches Stefaan’s leg. In no time at all Stefaan is standing with both feet on the floor. Marc looks at his work with satisfaction. After a slap on the back for Stefaan and a wink for Sarah he sails back to the front door.

‘Stefaan is in the shower,’ he says to Mieke, who has gone purple in the face. Marc now has a cluster bomb of gossip on hand that he can set off all over the neighbourhood.

Saskia de Coster (born in 1976) is an artist, playwright and broadcaster. Her previous novel, Hero, was nominated for the BNG Literature Prize and earned the longlist of the AKO Literature Prize. This is Mine was longlisted for the AKO Prize and the Golden Owl. Her work was translated into ten languages. 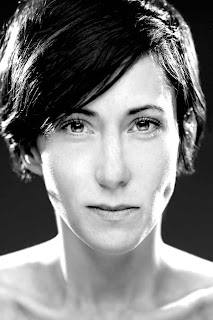 My thanks to the publishers and Diana at Ruth Killick Publicity for their kind permission to use this extract.