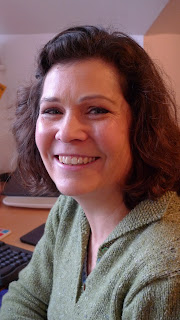 The third Book in the Sam Mystery Series


Worm in the Blossom

October is a special month for me.  I should say that I like it because it’s when I celebrate my wedding anniversary, married to a wonderful man, blah blah.  But in truth it’s because, for the past two years and now this year as well, October is when I publish my new Sam Plank novel.  And today’s the day!  “Worm in the Blossom” is the third in my planned series of seven historical financial crime novels: each is set in a consecutive year (the first takes place in 1824, the second in 1825 and this one in 1826) and so it seems only right to publish them in consecutive years as well.


I didn’t originally mean to do a series, honestly I didn’t.  The first book – “Fatal Forgery” – took me four years to write.  It started off as the story of a crooked banker (thank goodness we don’t have those any more – oh, hold on…), based on the true story of one Henry Fauntleroy but with many details (and particularly his ending) changed.  I needed someone to chase him, so I invented a magistrates’ constable called Samuel Plank.  Back in 1824, London did not have a police force – the Met was not formed until 1829.  Instead, people who thought they had been the victim of a crime would complain to their local magistrate, who would then issue an arrest warrant for the suspect and send a constable out to find him – a magistrates’ constable.  But when I finished the first full draft of “Fatal Forgery”, I realised that I much preferred Sam to Henry, and decided (and this after three years of spare time toil) to rewrite the whole thing with Sam at the centre of the story.  I changed my style to reflect the sparer, more factual language of a constable, and dated the chapters in the manner of a police notebook.  I gave Sam a clever wife to help him – Martha – and a young trainee constable for him to guide – William Wilson.  And then, of course, I fell in love with Sam.

I was so sad when I finished “Fatal Forgery” that my long-suffering husband drew a deep, shuddering breath and suggested that I write another story for Sam.  Or a series, I countered.  A series of seven.  And so I sat down and plotted out six more books, with a different financial crime at the heart of each.  Book two – “The Man in the Canary Waistcoat” – is about investment fraud.  And today’s arrival – “Worm in the Blossom” – deals with corruption and extortion.

One of the joys of being a modern, self-published author is the level of interaction that I can have with my readers.  “Fatal Forgery” sold mainly through word of mouth – although it did get some excellent reviews in various places (such as the Law Society Gazette, who liked the legal angle, and the Guernsey Press, as I do much of my day job there and Guernsey people are interested in finance) – and I started a writing blog (https://susangrossey.wordpress.com/current-project-blog/ ) to get opinions, views and suggestions.  It was such a thrill to hear what people thought of the characters.  Most wanted to hear more about Martha, and about how Sam had become a constable (he started out life as a barber), so I was able to include both of those in “The Man in the Canary Waistcoat”.

Another thing I did through the blog was to ask my readers to choose my titles.  For “Canary”, I had whittled it down to five possible titles but just couldn’t decide, and so I simply created a poll on the blog and asked people to vote – and “The Man in the Canary Waistcoat” was their selection.  So many booksellers said what a strong and intriguing title it was that I trusted to the vote again this time round: I picked five titles that I could live with and asked people to choose.  And “Worm in the Blossom” it is.  (I call it “Worm” for short, but one friend says that Martha would be horrified and I should call it “Blossom” instead.)


And why self-publishing?  To be honest, I did try the “traditional” route: when I first finished “Fatal Forgery”, I did as advised and carefully selected some agents and publishers with a professed interest in my subject – crime and/or history.  And I must have chosen well because they all replied.  But all the replies were in essence the same: great story, well written, but we can’t sell it – publishers are only taking on books by known authors and celebrities.  And no-one is that interested in financial crime.  I was astonished by this last comment; after all, financial crime is in every news bulletin and on every front page.

So I decided to go it alone.  I knew how self-publishing worked as I already did it for my non-fiction, work-related books (I’m an anti-money laundering consultant by day – I advise people on how to spot criminal money in the financial system and what to do about it).  I invested in professional covers for the books – it was the least I could do for Sam, who is rather particular about personal appearance and hates shabbiness – and have been delighted at the way the designer has been able to create a series feel, with elements of the cover repeated each time.  And this has really paid dividends, as when I plucked up my courage and took “Fatal Forgery” into two local bookshops, they said that the things they need before they can even consider stocking a self-published book are a “proper” cover and an ISBN.  And then they both took some copies.  And re-ordered.  And have taken “Canary” and “Worm” as well.  It is so very exciting to walk into a real bookshop and see my books there – it’s my sure-fire cure for a bad mood!


Huge thanks to Susan for sharing her thoughts and ideas about the inspiration, writing and indie publishing of her Sam Plank Mystery novels.

Worm in the Blossom.

You can find Susan on her blog