Review ~ The Blood of Kings by M K Hume

The fate of Roman Britain appears to be controlled by the meeting of two very different men. When Flavius Magnus Maximus, a man of enormous charisma and courage, meets Caradoc Strong Arm, the King of the Dumnonii Tribe, the conflict that exists between them is palpable and even though ambitious plans drawn up between them attempt to unite the tribes, what it does is reiterate the very differences which, ultimately, make them enemies.

Inevitably, with the beginning of any series of books, there is always an element of scene setting and the introduction of central characters who will go on to play a major role in the development of the story. I found that to be the case in this story, but am pleased that the author had included a dramatis personae at the start of the story which I found very useful as I had no idea who some of the people were, or of their place in the history of the time. There’s also a glossary of place names at the end of the book which, again, I thought helped enormously in placing the settlements geographically.

I’m not overly familiar with early Roman history and found myself floundering a little with the beginning of this story and I had to keep back tracking in order to make sense, in my mind, of where the story was taking me. I found the narrative quite technical and, if I’m honest, a little bit long winded, but there is no doubting the author’s research or her commitment to telling a good story. It’s evident from the writing that the author is knowledgeable about this period in history and uses this knowledge to good effect.

I’m not sure that I will commit to reading any more of the series but am glad to have read this book and to, maybe, understand a little more about the fate of Flavius Magnus Maximus, who I had never heard of before reading this book. 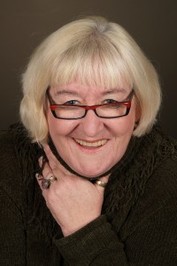