Fans, who, like me, have been eagerly awaiting the return of Kingmaker, will be pleased to find that Broken Faith continues in much the same vein as Winter Pilgrims. We are back in the midst of the disquiet that surrounds the War of the Roses and our protagonists, Katherine and Thomas are just as thickly immersed in the controversy which surrounds the quest to put the deposed Henry VI, back on the throne. Using as its starting point, Katherine's deception as Marjory Cornford, the wife of Richard Fakenham and Thomas’s amnesiac return to the brotherhood, the story takes an interesting twist in order to bring these two people back together.

As with Winter Pilgrims, the author has used his considerable knowledge and historical expertise to bring to life the story of the Wars of the Roses in the years following the King Henry VI’s catastrophic defeat at the battle of Towton in 1461, and the ascendency of the York brothers, as Edward IV takes the crown. But nothing is ever straightforward and even as Thomas and Katherine find themselves once more at the heart of the campaign to reinstate the rightful king, their colourful and often dangerous journey sees them brought up against old enemies. Charged with the burden of carrying a secret and vitally important document, Thomas and Katherine, journey north to the fortress of Bamburgh, where they discover an enfeebled King and a country in turmoil.

There is no doubt that the author writes with great conviction about this turbulent time in our history. The lives of ordinary people are brought to life and what is revealed in detail is often, shocking and viciously cruel, but which ultimately, we hope, will end, in some sort of restitution for both Thomas and Katherine.

The trilogy is set to continue. 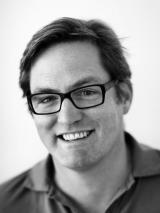 My thanks to Penguin Random House, UK , for my copy of this book.