A House Divided is Published today


Margaret talks about writing the sequel to an award-winning debut novel. The pressures, the problems, the pitfalls and the process, including the all-important editing. And ultimately the pleasure (and relief) of seeing her second novel finally make it onto the bookshop shelf. 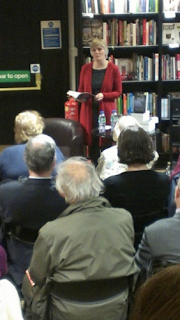 Turn of the Tide, my debut novel, had, as with many first novels, a long gestation period, so it was with great excitement (and considerable trepidation) that I approached the book launch, held in Waterstones Bookshop in Edinburgh.  It was a wonderful evening, full to bursting point with not just family and friends, but also total strangers who had picked up tickets in the shop. The publisher provided refreshments, everyone, including me, was relaxed, and walking down the stairs and seeing my book piled high on the signing table was an experience I will always remember.  And with a great audience I even managed to enjoy reading and answering questions.

I’d always intended the book to be part of a series and so, once the first flurry of excitement was over it was time to get back to work.

With the first book mainstream published, an option on the second and the plot for it already partially outlined, producing a sequel should have been straightforward – right? 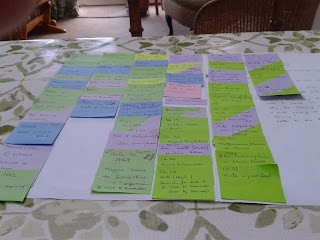 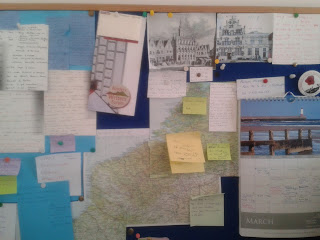 I’ve heard folk say that the second book is hardest to write – I certainly hope so – for I wouldn’t want No 3 or 4 to prove as difficult as No 2 has been.  ‘Second-child syndrome’ springs to mind – prickly, difficult, hard to rear…

What were the pressures?

Well for starters, the first book was very well received. Not a problem you might think. But for me it was. Although I always hoped Turn of the Tide would be published, there were never any guarantees and so I’d primarily written it to please myself. Now I found that I had a whole new group of people to please, namely the readers who’d enjoyed the first book and wanted to read more. So I found myself worrying whether they’d be happy with what I was doing with and to the characters, especially ones that they liked.   That was a tough barrier to overcome.

Then there was the fear that I wouldn’t be able to match the first book in terms of the quality, cadences and tone of the writing, something I found very hard to assess. It took a beta-reader who read it after it was completely finished, to set my mind at rest on that score.

And as for the plot. Although I had a partial outline, I didn’t know how the book was going to end, nor in fact at what point in my fictional family’s history I should begin. That was very uncomfortable because for Turn of the Tide I had known from Day 1 what the climactic scene would be and so had a goal to aim for.

There were practical problems too – when I was about one third of the way through the first draft circumstances meant that I had to stop writing completely for almost a year.  Once things had settled down again I found it very difficult to pick up the thread of the story, and even more importantly, it had become impossible to work at home. 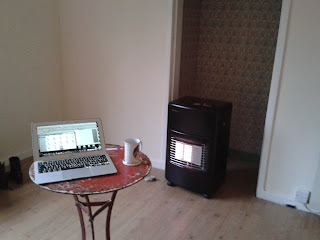 Enter a ‘good fairy’ in the shape of a person that I didn’t know, but whom, having overheard me at a writers’ event telling a friend that I wished I could maroon myself on a desert island, immediately offered me the keys to a remote, almost empty cottage, to use as much as I liked.  And what a fantastic gift that was. Within a day or twoeach time I  drove up the single track road to the cottage I found my brain reacting to the journey by clicking over into writing mode - Pavlov’s dogs style.

Three-quarters of the way through the book I was thrown another curved ball, in the form of advice from a London literary agent, who suggested I re-think the idea of a trilogy and finish the story in the second book.  Perhaps it was a good thing that I hadn’t my mind set on a particular ending, because as a result of that advice the story took a new turn.

If the pressures and the problems were new, the process was familiar.  While writing the first draft I tried to discipline myself not to stop to fact-check. Instead if there were historical details I wasn’t sure of I typed in red, so that they would stand out during editing. 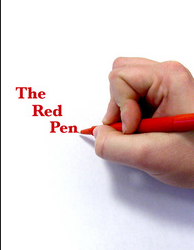 I had done a lot of edits of Turn of the Tide - seven to be precise, so I was expecting that part of the process to be lengthy.  In the end it was the one thing that I found much easier second time round, though I approached it in a very similar way.  First the factual edit, sorting out all the red-pen sections, then macro editing for the story arc and drama; followed by a series of micro-edits  - looking at punctuation and repetitions; and a final trim to get rid of words that added nothing to either the story or the writing style. (I took out more than 300 occurrences of ‘that’ and didn’t miss any of them!) 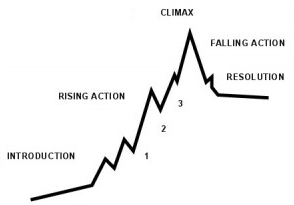 As for the pitfalls – for me there are two main ones, but I suspect these are true of many authors.
The first is the internet – wonderful as it can be, I need to switch it off when I’m writing, otherwise the temptation to browse would mean I’d get no work done at all! 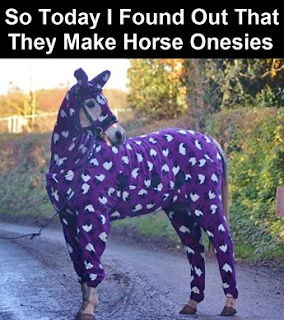 The second issue is promotion. In an ideal world I’d just write, and someone else would do the promotion bit, but sadly publishers now expect all but the most well-known authors to become involved. Not that I’d mind a world book signing tour! but I hate the (very un-British) concept that everyone you meet is a potential customer.  Hopefully I can get the balance right. 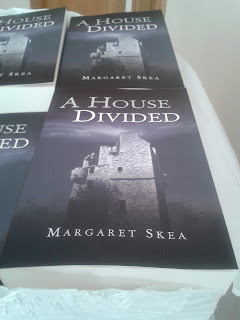 But amidst all the pressures and problems there is also pleasure. My husband has been enormously supportive throughout, and as chief cook over the last few months his culinary skills have increased exponentially. Something I suspect I shall continue to exploit! I was taken completely by surprise both by the strength of my emotions when I finished the first draft – a mix of euphoria and relief that is hard to describe - and the excitement I felt when my paperback copies arrived, and I knew for sure that the bookshop would have them in time for the launch. (It has been a close run thing…)

And the future? I will be starting to write another historical novel very soon - there are lots of ideas fighting it out in my head. Munro may not have finished with me yet.

Her books are available in all good bookshops in the UK and online via Amazon as both paperback and e-book.

Turn of the Tide http://tiny.cc/v5dg3x

Huge thanks to Margaret for giving us such an insight into the writing of the Dreaded Sequel !

Jaffa and I wish you continued success with A House Divided.