Clare Hills, archaeologist and sometime sleuth, is struggling to finance her recently established university research institute along with her long-time friend, Dr David Barbrook. When they are offered commercial work with a housing developer on a site in the Cotswolds, the pair are hardly in a position to refuse. There is just one slight catch: the previous site director, Beth Kinsella, was found hanged on-site, surrounded by mutilated wildlife. Despite misgivings, Clare leads a team to continue work on the dig, juggling lingering disquiet between local residents and the developers. When something unsettling is unearthed, will Clare uncover the truth before it is hidden for ever?

With the university research institute struggling financially archaeologist Clare Hills is persuaded to take over an established dig in the Cotswolds which has already had its fair share of trouble. With an unexplained death and an irate housing developer on the scene, looking for a lost Iron Age shrine is never going to be easy. And for Clare and her team it soon becomes a race against time to keep one step ahead of those who seem hell bent on thwarting her every move.

Combining a fascinating sense of history alongside a complicated mystery, the author uses her considerable archaeological knowledge to make everything feel really authentic. There's a real sense of being involved as the deposits of soil are removed, and when artifacts and other mysteries start to be revealed it feels like complicated layers are being stripped away from a piece of ancient history.

The mystery at the heart of the novel is handled well and there were quite enough twists and turns to keep me guessing, alongside some good character details. As this is now the second book in the Hills and Barbrook series, it was interesting to see how the characters have settled into their individual roles. I especially like Clare who is a feisty and determined heroine and even those she always finds herself in a spot of trouble, it's interesting to see how she copes with whatever adventure the author sends her way.

Whilst its not important to have read the first book in the series, this is easily picked up as a standalone, it is however, it's alwyas far more interesting to follow a series from the very start. This well written series has the potential to run and run and I am sure that both Clare Hills and David Barbrook will be back in another exciting adventure before too long. 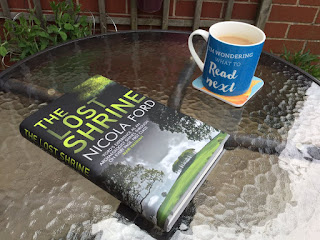 Nicola Ford is the pen-name for archaeologist Dr Nick Snashall, National Trust Archaeologist for the Stonehenge and Avebury World Heritage Site. Through her day job and now her writing, she’s spent more time than most people thinking about the dead. 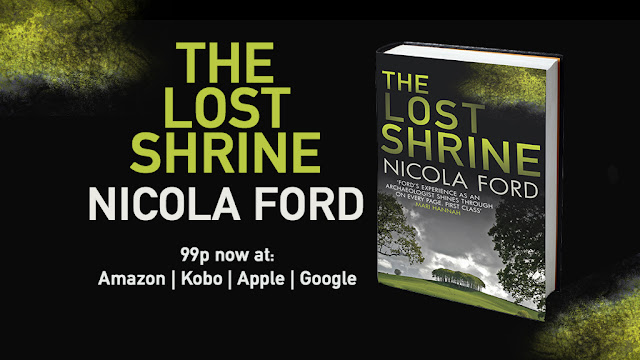