In the city of Stoke, a teenage girl is murdered in the middle of the day, her lifeless body abandoned in a field behind her school.

DS Grace Allendale and her team are brought in to investigate, but with a bold killer, no leads and nothing to connect the victims, the case seems hopeless. It’s only when a third woman is targeted that a sinister pattern emerges. A dangerous mind is behind these attacks, and Grace realises that the clock is ticking…

Can they catch the killer before another young woman dies?

The #1 bestseller returns with a breath-taking thriller that will have you on the edge of your seat. Perfect for fans of Martina Cole and Kimberley Chambers.

DS Grace Allendale's return to work in her home town of Stoke-on-Trent got off to a cracking start in Hush Hush which was the first book in this new crime series. In Tick Tock, DS Allendale once  again finds that she and her team of detectives have to keep one step ahead of a serial killer who is intent on targeting people who, seemingly, have no connection with each other.

The story gets off to a dramatic start and because of the emotional nature of the first case, which involves a teenage girl, Grace and her team are under huge pressure to close the investigation as quickly as possible. However, the creepy edginess and the realisation that the clock is ticking, and the many twists and turns in the plot, make this an incredibly difficult case to solve.

This is turning out to be such a great series, and with Grace Allendale's local connections adding interesting complications, there is never a moment when the tension isn't cranked up to a high level. The police procedural part of the story always feels totally authentic and I really enjoy watching how the investigative team set about cracking the, almost, impossible clues. The character detail is, as always, excellent, and there are some interesting observations into the mindset of the perpetrator which I won't spoil by giving anything away.

This crime series has such potential to run and run and I can't wait to see how Grace's character develops in future stories. If you haven't read the first book in the series then I would urge you to do so, but both books also work as standalone stories. 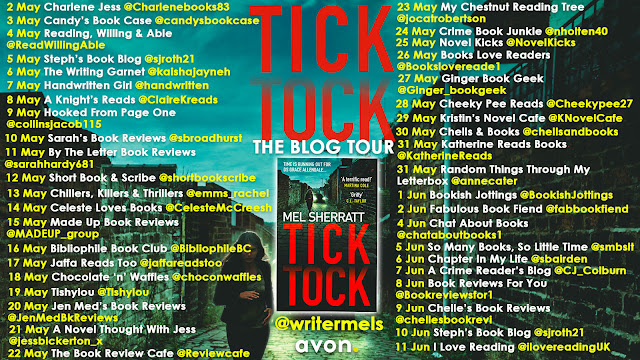