Blog Blast~ The Book of Wonders by Julien Sandrel

Thelma is the busy single mum of 12-year-old Louis. When he is hit by a lorry one morning, their lives are changed for ever. Louis falls into a coma and if he doesn’t regain consciousness in the next four weeks, he may never wake up again.

At home in Louis’ bedroom, a devastated Thelma finds a list of all the things he wants to accomplish in his life, and suddenly sees a way to survive: she will fulfil her son’s dreams, in the hope that it will bring him back. With the help of his nurse, Thelma sets up an iPad in Louis’ hospital room so he can follow her adventures. His first wish: to spend a day in Tokyo. Thelma has just one desperate hope, that her son will come back to her.

When twelve year old Louis is badly injured in a road traffic accident, his mother Thelma is devastated to discover that Louis has secretly made a bucket list of all the things he wanted to see and accomplish in his life. However, with only a limited time, before the doctors need to make a decision about Louis' future, Thelma decides to work through this bucket list and record her experiences  in the hope that it will aid her son's recovery.

The Book of Wonders is a salutary story about fulfilling your dreams as you never know what is going to happen. As in Louis' case, a freak accident changed both his and his mother's life forever, and yet, testament to Thelma's determination, that even though she was grieving, she drew on every ounce of her resilience to try to bring hope to her damaged son.

Sometimes its important to take a moment to stop and consider what's important and I think that's where the strength of this novel lies, in that, even though the story has the potential to be a sad and rather dark story about loss of hope, what the author has in fact done is to make this a really hopeful story about finding strength, courage and resilience in the face of great adversity. It's not an overly sentimental story and there were moments which made me smile, so all credit to the author for writing an uplifting story about a sad subject. 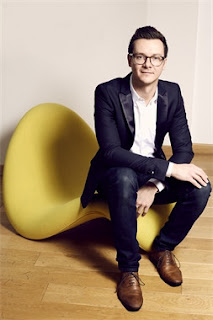 Julien Sandrel was born in 1980 in the south of France, i s married and has two children, The book of Wonders is his first novel, La Chambre des meveilles was first published in France by Calmann-Levy in March 2018.

He lives in Paris. 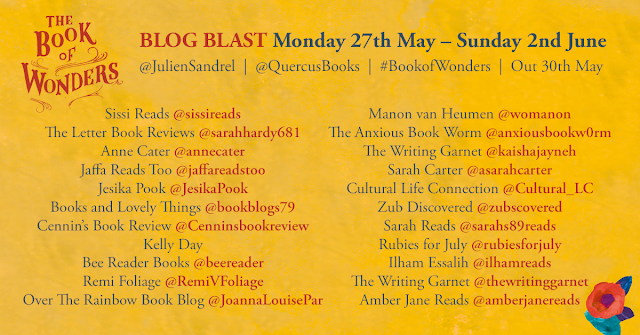